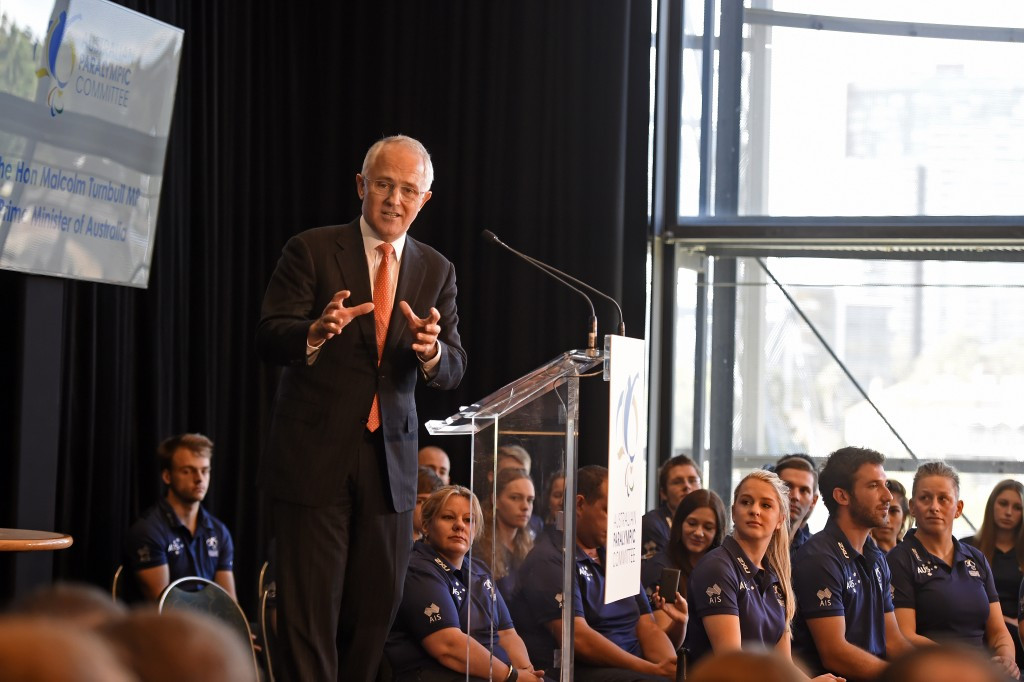 The launch was attended by more than 30 athletes who are seeking to book their place on the Australian team for the Games, as well as representatives from each of the country’s delegations since 1960.

Australia are currently aiming to send 170 athletes to Rio 2016 across the 15 sports, as they look to continue their record of finishing in the top five on the medals table at every Summer Paralympic Games since Barcelona 1992.

Turnbull, who was joined by Federal Minister for Sport, Sussan Ley, and Shadow Minister for Sport, Jim Chalmers, praised the accomplishments of the athletes as they prepare for the Games and stated that they were helping to change attitudes across the world.

"Paralympic sport lifts the next generation of athletes, both able bodied and those with a disability," said Turnbull.

"You see, that is the capacity of sport, to inspire us, to motivate us, to bring out the best in every one of us.

"I want to salute the achievements of all of our Paralympians past and present, I want to wish you all the best on the road to Rio.

"You are doing our nation such great service.

Last week, the APC confirmed their six representatives in canoeing at the Games, with quadruple world champion Curtis McGrath expected to be in contention for medals in Rio, along with two-time world champion Amanda Reynolds.

Susan Seipel, Colin Sieders, Dylan Littlehales and Jocelyn Nuemuller completed the selection, with the country hoping to make their mark on canoeing, which is making its Paralympic debut in Rio.

A total of 31 swimmers, 16 cyclists, six shooters and five table tennis players have already been confirmed on the team by the APC.

Melissa Tapper is one of the table tennis stars and will make Australian history by being the first athlete from the country to compete at both the Olympic and Paralympic Games in the same year.

"This is a group of outstanding Australians who will be given a mammoth challenge, in just a few short months," said APC President Glenn Tasker.

"From September 7, 170 athletes with an impairment from across the length and breadth of our nation, will compete in 15 sports, tasked with achieving a top-five position for Australia on the medal tally, as we have secured at every Paralympics since Barcelona 1992.

"But the challenge for our team extends much further than that.

"This group will be responsible for inspiring the next generation of Australians - those with a disability and those without - to participate in sport in greater numbers and to dream big."