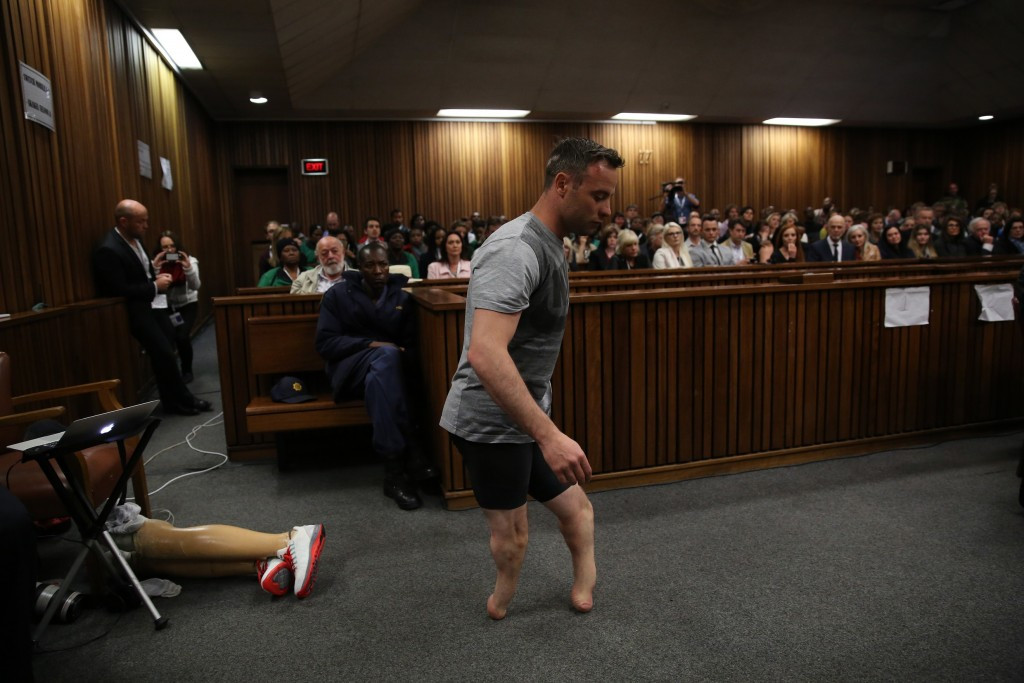 Oscar Pistorius will be sentenced for the murder of girlfriend Reeva Steenkamp on July 6, Judge Thokozile Masipa announced following another dramatic day at the North Gauteng High Court in Pretoria.

The six-time Paralympic gold medallist, who walked across the courtroom today without the use of his prosthetic limbs to demonstrate his "vulnerability", was expected to learn his fate at the end of the week.

Judge Thokozile Masipa has, however, decided to wait another three weeks before delivering her verdict as she brought the sentencing hearing, which was due to continue until Friday (June 17), to a close.

Pistorius, who competed in the 400 metres at the London 2012 Olympic Games, was originally convicted on a charge of culpable homicide - the equivalent of manslaughter - but this was appealed and upgraded to murder at  the Supreme Court of Appeal in December.

The double amputee faces a jail term of 15 years, described as the “minimum” Pistorius should face after he killed Steenkamp by firing four shots through a locked toilet door on Valentine’s Day in February 2013.

State prosecutor Gerrie Nel told the court he still has “no acceptable explanation” for his actions on the night in question and he therefore cannot be remorseful.

Responding to defence witness and psychologist Jonathan Scholtz, who claimed Pistorius should be in hospital not jail because he was a “broken man”, Nel said the real broken man was Reeva’s father Barry.

Yesterday, Barry Steenkamp had insisted Pistorius “must pay” for killing his daughter.

However, the defence argued that there was “no purpose served” in sending Pistorius to prison, with his counsel Barry Roux calling for the South African to serve community service rather than time behind bars.

Roux also suggested there were “serious enemies” involved in the case who still believe Pistorius deliberately killed Steenkamp despite his claims that he mistook her for an intruder.

“Punishment is not meant to break the defendant … The accused does not fall into the category of offender who should be removed from society,” Roux said.

“It was not the man winning gold medals that must be judged…It was a 1.5-metre person, standing on his stumps, three o’clock in the morning when it was dark.”

Earlier, the court heard from final witness and cousin of Steenkamp, Kim Martin, who attacked Pistorius for “never apologising for shooting Reeva”.

Later on in the proceedings, Masipa granted a request from the State that the photos of the injuries Steenkamp suffered in the incident be made public.

Originally, the prosecution and Steenkamp’s family had been against releasing the pictures to “protect the integrity of the deceased”.

“They have to bear the consequences," said Nel.

"We think it’s time that people should see what those bullets did; what the accused did."

The court will reconvene on July 6, when Pistorius will be sentenced.

The upgrade to murder necessitated the new hearing.