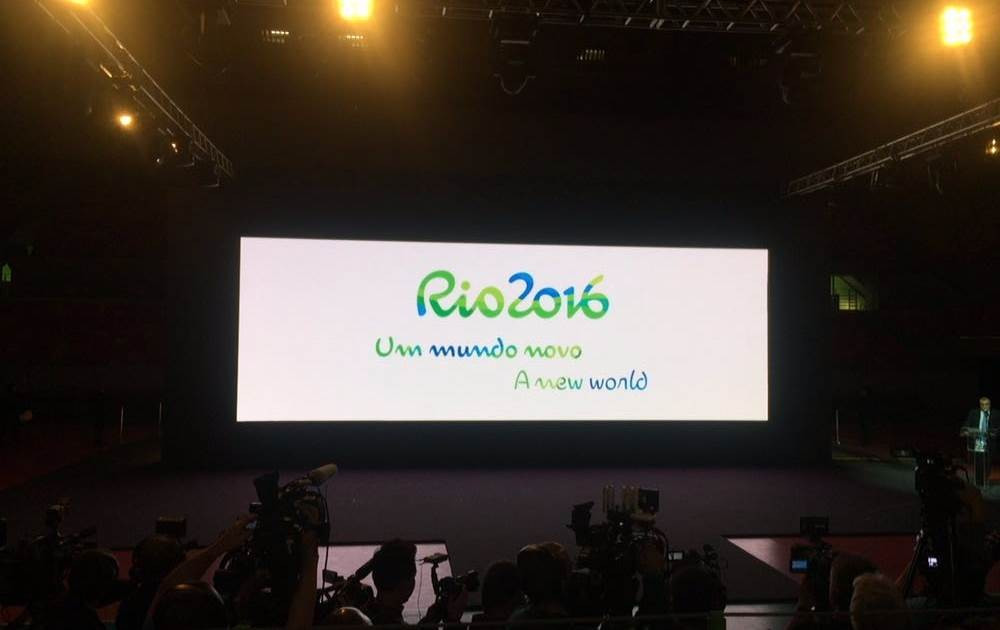 Rio 2016 has unveiled the official slogan for the Olympic and Paralympic Games - "A New World".

The motto was launched alongside an accompanying manifesto at the Barra Olympic Park in the Brazilian city, where International Olympic Committee President (IOC) Thomas Bach was among those in attendance.

In Brazil's native Portuguese - the motto is "Um Mundo Novo".

"Our legacy is the desire for a better world," Rio 2016 brand director Beth Lula said when explaining the slogan.

"The slogan is the brand's promise to society.

"We live in a world that is undergoing huge transformations.

"At Rio 2016 we want to create a better world and leave this as a legacy to the generations to come."

With 51 days to go until the Olympic Opening Ceremony on August 5, Rio 2016 organisers are still tackling numerous issues but there remains an underlying confidence that things will be ready come Games time.

Tight construction deadlines at venues and transport links have been coupled with the political turmoil caused by the forthcoming impeachment trial of President Dilma Rousseff, as well as fears about the Zika virus.

Bach, though, said that Rio de Janeiro would emerge stronger after the Olympics have finished - hinting that the new slogan represents the changes the city will go through.

"It is what the Olympic Movement is all about - changing the world for the better," he said.

"Here in Rio you will make of it a great experience.

"Because there will be a Rio de Janeiro before the Games and another after, a new and better city.

"The future is for the youth of Brazil."

The Olympic motto of Citius. Altius. Fortius - Latin for "faster, higher, stronger" - serves as the starting point for slogans and manifestos for individual Games.

Beijing 2008 organisers went with "One World, One Dream" with Athens 2004 providing a nod to the Ancient Olympics with the slogan "Welcome Home".

Rio organisers also unveiled the medals that will be presented to athletes yesterday.

Olympic champions will receive special gold medals extracted without the use of mercury according to strict sustainability criteria, from the "initial mining all the way through to the design of the end product".

Silver and bronze medals have been produced using 30 per cent recycled materials.

Half of the plastic in the ribbons which will be used to hang the medals around athletes’ necks comes from recycled plastic bottles, with rounded cases holding the medals made from special freijó wood.