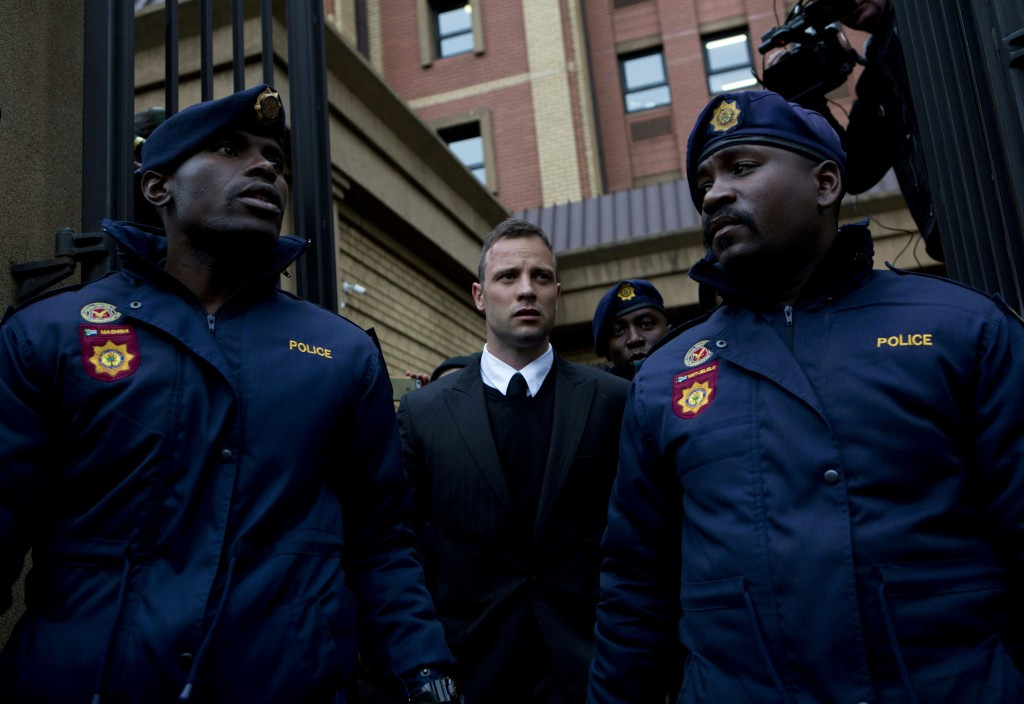 Oscar Pistorius "must pay" for killing his girlfriend Reeva Steenkamp, the victim’s father has said on the second day of the six-time Paralympic gold medallist’s sentencing hearing in the North Gauteng High Court in Pretoria.

Barry Steenkamp’s voice broke and tears streamed down his face as he described how he still thinks about his daughter "morning, noon and night…every hour".

The 73-year-old said he had "changed completely" since his daughter’s death on Valentine’s Day in 2013, when Pistorius fired four times through a locked toilet door.

"You know, people say be patient, two years three years and you start feeling a bit better about the whole thing, but every day of my life is the same," he told judge Thokozile Masipa.

"She is with me all the time.

"I wouldn’t say I’ve become a recluse but I can't really mix with people anymore.

"I wouldn't wish it on another human being."

Pistorius, who competed in the 400 metres at the London 2012 Olympic Games, was originally convicted on a charge of culpable homicide - the equivalent of manslaughter - but this was appealed and upgraded to murder by the Supreme Court of Appeal in December.

He claimed he acted in self-defence, believing his and his girlfriend’s lives were in danger because of an intruder.

He faces a jail term of 15 years, but it could be reduced due to time already spent in prison and mitigating factors.

Mr Steenkamp went on to tell the court he had no contact with Pistorius, but said his wife June had been able to forgive the double-amputee athlete.

"You must understand by forgiving like that it still does not exonerate you from the crime you have committed," he said.

"He must understand he still has to pay for that.

"I don’t want to say he must go down for the maximum but he has to pay."

Mr Steenkamp jabbed himself with needles from his diabetes treatment to see if he "could feel the same amount of pain" as his daughter the night she died.

At one point, when questioned by Pistorius' lawyer Barry Roux, he stared straight at the athlete and said "one day, not now" he would like to talk to him about what he did.

The upgrade to murder necessitated the new hearing, which is expected to last all week with a sentence due by Friday (June 17).