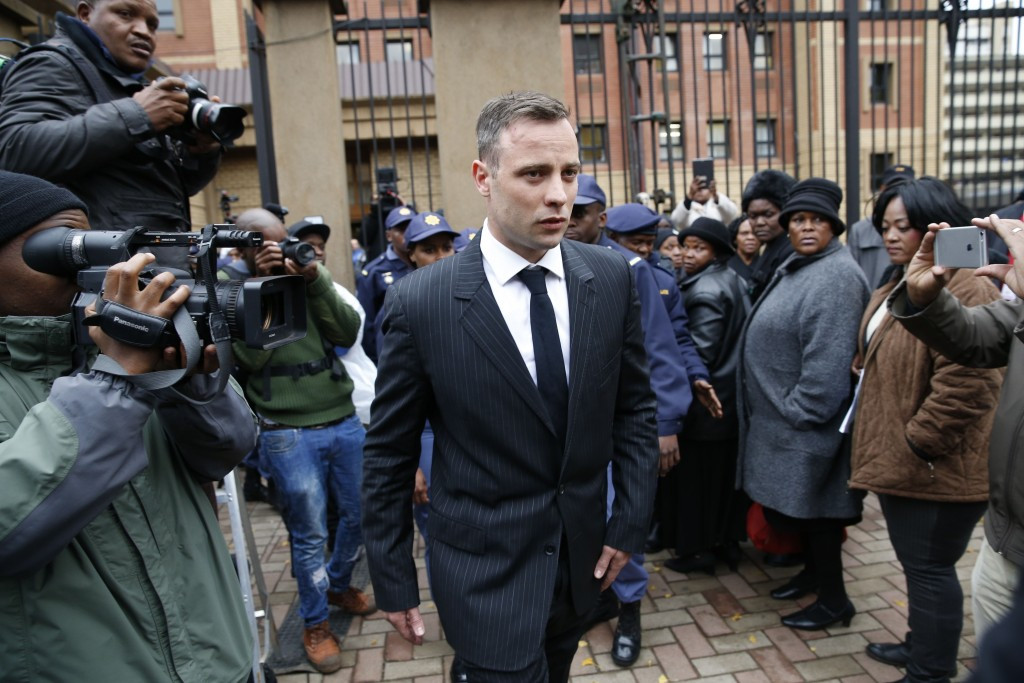 Oscar Pistorius should be in hospital not jail, a psychologist has said on the opening day of the six-time Paralympic gold medallist’s sentencing hearing in the North Gauteng High Court in Pretoria.

Defence witness Jonathan Scholtz said Pistorius was a "broken man" and was suffering from "major depression" after the South African athlete was found to have murdered his girlfriend Reeva Steenkamp.

Pistorius, who competed in the 400 metres at the London 2012 Olympic Games, was convicted at the end of last year of killing Steenkamp in 2013 after firing four times through a locked toilet door.

The 29-year-old was originally convicted on a charge of culpable homicide - the equivalent of manslaughter - but this was appealed and upgraded to murder by the Supreme Court of Appeal in December.

He claimed he acted in self-defence, believing his and his girlfriend’s lives were in danger because of an intruder.

He faces a jail term of 15 years, however it could be reduced due to time already spent in prison and mitigating factors.

The hearing is expected to last all week with a sentence due by Friday (June 17).

Called by Pistorius' defence lawyers, Scholtz explained to the court why he felt a jail term would not be "constructive".

Scholtz, who evaluated Pistorius in 2014 during his murder trial, and again last month, said the 29-year-old was "quite ill" and struggled with depression and post-traumatic stress disorder.

"Mr Pistorius' condition has worsened since 2014," testified Scholtz, adding he was now "despondent and lethargic, disinvested, and leaves his future in the hands of God".

He also said that he did not think Pistorius would be able to testify at the sentencing hearing because of his psychological problems.

State prosecutor Gerrie Nel questioned this at the start of his cross-examination of Scholtz, pointing out that he had given an hour-long interview to a British broadcaster, ITV.

Nel picked holes in the doctor's claims that Pistorius is depressed and argued that he had shown no remorse throughout the trial.

He told the court that Pistorius only regretted the effect killing Steenkamp had had on his own life.

Original trial judge Thokozile Masipa will hear arguments from both prosecution and defence this week.

Reeva Steenkamp's father, Barry, who has been absent throughout the case due to poor health, is in court and could testify later this week.

The upgrade to murder necessitated the new sentencing hearing.