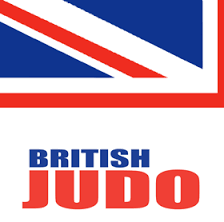 The British Judo Association (BJA) will pursue the possibility of retrieving money from former chairman Kerrith Brown after the sponsorship debacle which led to Glasgow being stripped of the 2015 European Championships.

The move was among a number of decisions taken as part of a progress update following the release of a scathing report, conducted by law firm Hamlin, into the reasons why the Scottish city lost its hosting rights.

Members of the BJA Board will now be given a “more prominent role” in the scrutiny of potential sponsorship deals, after a controversial agreement with a mixed martial arts firm led to Glasgow being axed due to a conflict of interest.

The Chair of the organisation will now be unable to act in an executive capacity, the BJA has also confirmed.

The BJA were initially against the report being made public but agreed to do so after consulting with UK Sport.

Future sponsorship agreements will now be looked over by the Finance Risk and Governance group in an attempt to ensure there is no repeat of the scandal which involved Brown.

The report found he had left vast swathes of the organisation's membership in the dark about contracts he was personally pursuing.

The group will have the “authority and responsibility for scrutinising all contracts with a monetary value of £10,000 ($14,000/€13,000) and over”, according to the body, and the deals will then be submitted to the board for approval.

Brown, who refused to cooperate with the report, was found to be “almost entirely” to blame for the withdrawal of the Championships from Glasgow.

The 53-year-old, who suffered the disgrace of being stripped of his bronze medal at the Seoul 1988 Olympics after testing positive for banned performance-enhancing drugs, negotiated a deal between the governing body and the Combat Sports Federation (CSF), which was brokering a deal with the Ultimate Fighting Championships, of which he was a director.

This represented a clear conflict of interest and the BJA have sought legal advice on how they can go about reclaiming any money Brown earned as part of the deal.

Brown, who stood down from his role as BJA chairman in June 2015 and is now the President of the International Mixed Martial Arts Federation, “stood financially to benefit” from the deal with the CSF, it was claimed.

The contract with the UFC prompted the European Judo Union (EJU) to take the event away from Glasgow as they stressed it did not meet their “values”.

“The BJA board has commissioned appropriate legal advice regarding this matter,” the BJA stated.

“Following receipt of this advice, the BJA board will assess the advisability of pursuing any monies, which the former chair has gained from the CSF/UFC (Zuffa Inc.) contractual arrangements, so far as they apply to the 2015 European Judo Championships.

“The BJA board have now amended the BJA Directors Handbook to reflect that, except in the most extreme of circumstances, the Chair will not act in an executive capacity for the BJA.”

The report also alleged Brown “deliberately misled” UK Sport, who had asked for confirmation that the EJU had approved the sponsorship deal with the UFC.

He told UK Sport that the partnership had been agreed by the EJU, it is claimed, when in fact the European governing body had not rubber-stamped the sponsorship.

The report even alleges he knew they would not approve it due to their tough stance on mixed-martial arts.

The BJA came under criticism over why they commissioned a report at considerable cost only to contravene its findings, particularly regarding chief executive Andrew Scoular who was allowed to carry on in his role despite being found to have breached his contractual obligations.

The study by Hamlin claimed he knew what Brown was doing behind the scenes and assisted the former chairman with his actions.

Disciplinary proceedings were brought against Scoular as a result but he was “found to be responsible in respect of a few of the more minor allegations and consequently appropriate disciplinary action was taken”, according to the BJA.