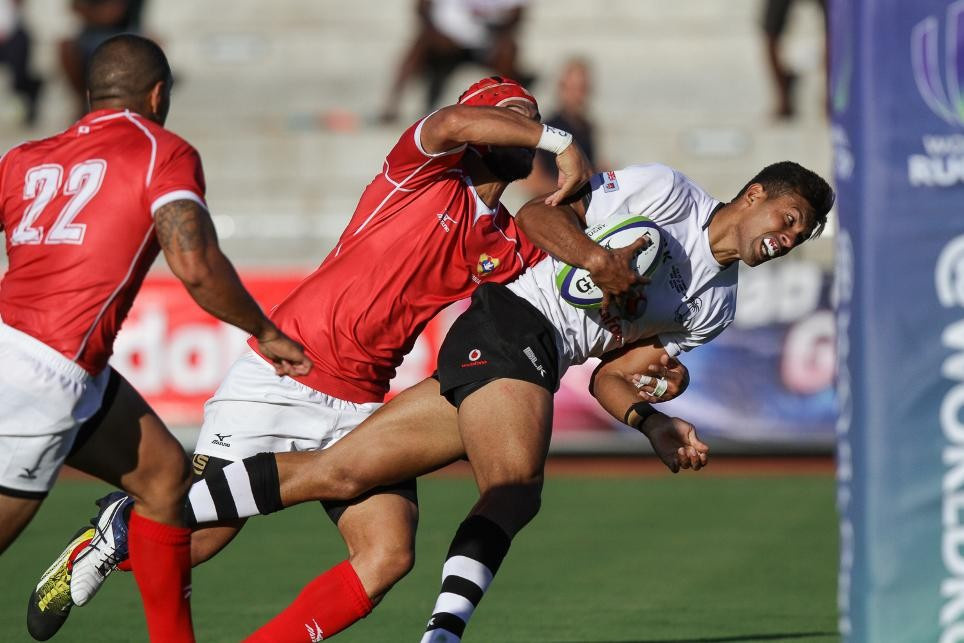 The hosts overturned a 15-0 deficit on their way to a 23-18 success at the ANZ National Stadium, which means they have taken an early lead in the three-team tournament.

With this year's Nations Cup - along with the 2017 edition - counting towards qualification to the 2019 World Cup in Japan, there are more than just local bragging rights at stake.

The top two sides on aggregate after the two tournaments will progress to Japan, with Samoa the other country competing.

Sonatane Takalua's penalty gave Tonga an early 3-0 lead and his side then scored two tries in three minutes to stun the home crowd.

Winger Viliame Iongi was first to cross the whitewash after neat footwork near to the line with Takalua adding the extras.

It was Takalua who scored the second Tongan try on 30 minutes but he missed his kick this time, leaving his side with a 15-0 lead at the break.

Fiji came roaring back in the second half with fly-half Ben Volavola scoring their first try on 45 minutes, converted by Seremaia Bai.

Number eight Nemia Soqeta then powered over for a second try which brought Fiji to within three points after the extras were missed.

Takalua and Bai exchanged penalties before another kick from the latter levelled the contest at 18-18 nine minutes from time.

Fiji will now entertain Samoa in Suva on June 18 before the Samoans host Tonga in the final game of the tournament at their home Apia Park ground on June 25.

United States, Japan and Canada usually play in the Nations Cup but will be absent during the next two years due to the World Cup qualification format for the three sides.

Today's game was notable for Welsh referee Nigel Owens, who set a world record by officiating in his 71st international.