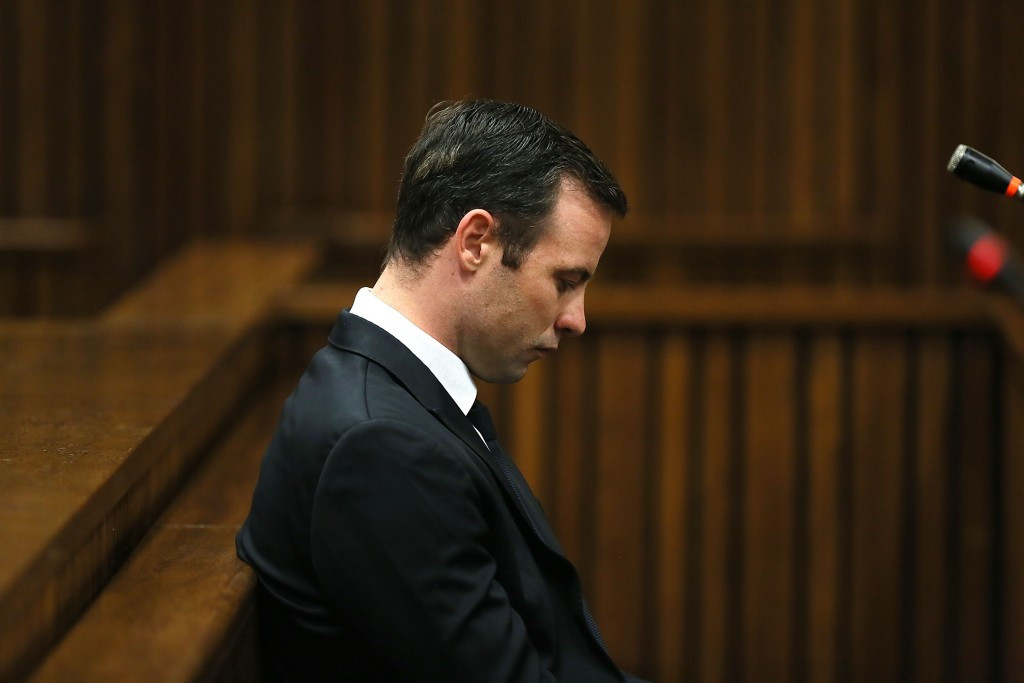 Oscar Pistorius, who is due to appear in a Pretoria court tomorrow to be sentenced for the murder of his girlfriend Reeva Steenkamp on Valentine’s Day in 2013, has recorded an interview with British channel ITV - his first media interview since the shooting which is due to be aired on June 24.

ITV has released a statement confirming the one-off show entitled Oscar Pistorius: The Interview, which will feature a one-on-one with the athlete by investigative journalist Mark Williams-Thomas.

The double amputee, who has won six Paralympic titles and competed in the London 2012 Olympics 400 metres, was interviewed at his uncle's home in Pretoria, where he has been staying since his arrest and during his trial.

“In the documentary, Pistorius gives his account of what happened the night he killed his girlfriend and is questioned about key details of the prosecution case that resulted in his conviction,” an ITV statement said.

“He also talks about his relationship with Reeva, the allegations of his previous abusive behaviour and his previous use of firearms."

ITV says it asked the Steenkamp family to take part, but they declined.

Pistorius was originally convicted on a charge of culpable homicide - the equivalant of manslaughter - but this was appealed and upgraded to murder by the Supreme Court of Appeal in December.

The 29-year-old claimed he acted in self-defence, believing his and his girlfriend’s lives were in danger because of an intruder.

A date has yet to be announced for the screening of the interview in South Africa.

Prosecutors are expected to push for a heavy sentence for the former blade-running athlete.

The National Prosecuting Authority has said it wants him to spend a minimum of 15 years in jail, after he shot his girlfriend dead through a bathroom door at his Pretoria home.

The upgrade to murder necessitated tomorrow's new sentencing hearing, which will take place in the North Gauteng High Court in Pretoria.

The Big Read on Pistorius and other Olympians to have been sentenced for crimes is here.