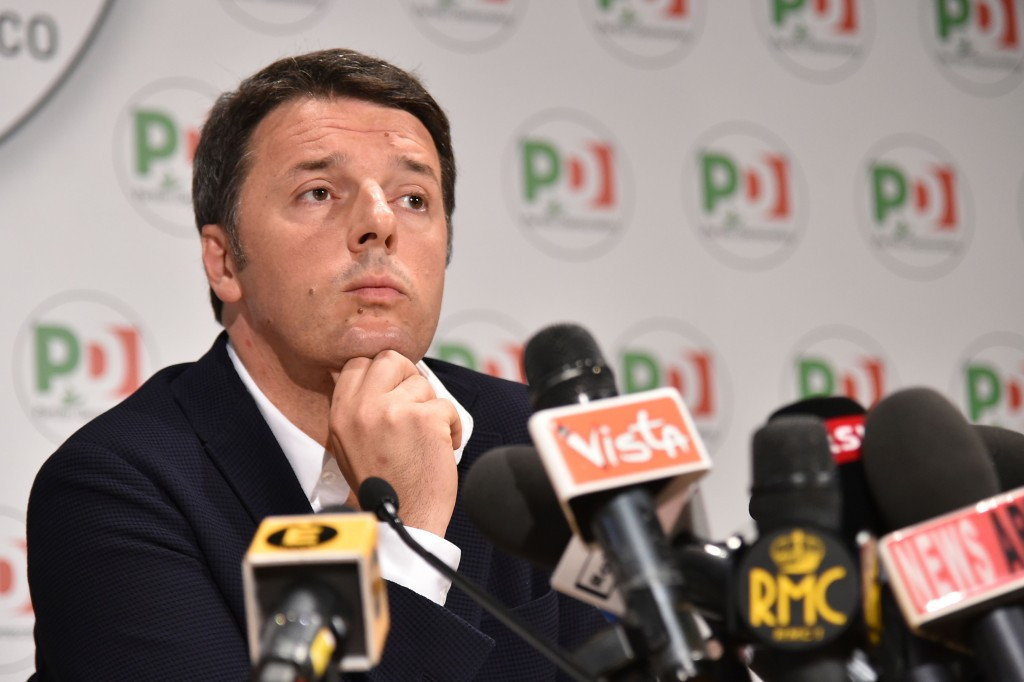 Doubts over Rome’s candidacy for the 2024 Olympic and Paralympic Games have grown after Italian Prime Minister Matteo Renzi claimed he believes the city could withdraw from the race if staunch bid opponent Virginia Raggi is elected Mayor.

Renzi, a keen supporter of the attempt to bring the Olympics to Rome for the first time since 1960, told Otto e mezzo that he fears for the bid should Five Star Movement politician Raggi be chosen ahead of Democratic Party candidate Roberto Giachetti.

The Prime Minister’s comments came after Rome 2024 were forced to clarify quotes made by Bid Committee President Luca Di Montezemolo to Italian publication Corriere della Sera in which he appeared to suggest he would pull the plug if Raggi wins the election.

“We would be forced to withdraw our bid when we are so close to the finish line (...),” the former Ferrari chairman reportedly said.

“Which is why I hope that whoever wins the Mayoral Election will join us and help us win: Rome can't give up.”

Rome 2024 claim that he did not directly cite any candidate, though it appears clear as to who he is referring to considering Giachetti is fully behind the bid while Raggi continues to warn she would not support it.

Raggi remains the favourite to become Rome’s new Mayor and won the largest share of votes earlier this week ahead of the run-off with Giachetti on June 19.

She reaffirmed her opposition towards the bid last month following a meeting with Italian Olympic Committee President Giovanni Malago.

Raggi suggested last month that pressing ahead with a bid at time of economic turmoil would constitute "mortgaging the future of residents".

It is claimed, however, she could become more supportive of the bid if she is elected, though this would represent a considerable U-turn.

The issue over the importance of the Mayoral Election remains confusing, particularly as Five Star Movement politician Alessandro Di Battista recently said his party would “not interrupt” the bid if they take office, contradicting the claims made by Raggi.

He did also state, however that “in running the capital, the ordinary will come first and then the extraordinary”, suggesting other issues in the city would be given precedence over the 2024 Olympic and Paralympic bid.

Senator Raffaele Ranucci has fuelled the fire further by calling on residents who want to see Rome be successful in its efforts to secure the hosting rights for the Olympic and Paralympic Games to vote for Giachetti.

It followed the release of a survey, conducted by the SWG institute and published in newspaper Il Messaggero ,which showed only 23 per cent of respondents are totally against the bid.

“These seem like extremely important figures that prove how the vast majority of the population, about 77 per cent, are in line with this project that could be an important boost for Rome's recovery," Ranucci said according to ANSA, the leading wire service in Italy.

"Those who want to govern the capital need to have the strength and conviction to face demanding challenges.

“The Olympics are a big opportunity.

“Roman citizens who are convinced by this have a big opportunity in the June 19 run-off to choose who, like Roberto Giachetti, believes in Rome and its potential.”

Budapest, Los Angeles and Rome are the other three candidates in the running for the 2024 Games.

The International Olympic Committee is due to elect the host city at its Session in Lima in 2017.