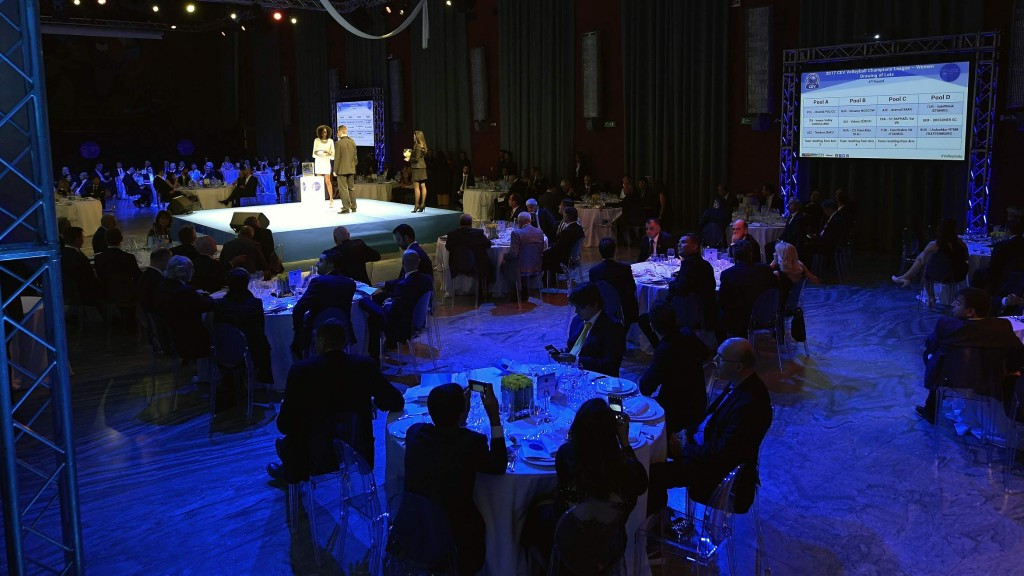 Olympic gold medallist Sergey Tetyukhin of Russia was among the athletes recognised for their performances over the past season during an historic European Volleyball Confederation (CEV) Gala here this evening.

Tetyukhin, who was a key member of the team which won the men’s tournament at London 2012, was named Male Volleyball Ambassador of the Year.

Francesca Piccinini of Italy, a four-time Olympian and world champion in 2002, scooped the women’s equivalent prize, while compatriot Antonella Del Core, who represented her nation at Athens 2004 and London 2012, was given the women’s CEV Lifetime Achievement award.

Vladimir Nikolov, who helped Bulgaria to bronze at the 2006 World Championships in Japan, was chosen as the recipient of the men’s CEV Lifetime Achievement Award.

Earvin N'Gapeth, a pivotal part of the French side which enjoyed a superb year in 2015, winning the International Volleyball Federation World League and European Championship titles, was named as the Most Spectacular Male Player.

The women’s award went the way of Germany’s Margareta Anna Kozuch for her displays for Italian club side Pomi Casalmaggiore.

Turkey’s Gözde Kirdar, who competed for her country at the Olympic Games in London four years ago, took the Team Player of the Year Prize, while rising Slovenian star Tine Urnaut was crowned Young Player of the Year.

Following the announcement of the award winners and a series of entertaining shows, featuring breakdancing and magic, the draws for the 2017 men’s and women’s CEV Champions League were held.

The conducting of the draws marked a momentous moment for the sport as they were the first to be held under the new format.

As part of a competition reshuffle, the men’s event has been expanded to 36 teams, while a record-breaking 30 sides from across Europe will compete in the women’s tournament.

It is hoped the revised format will allow smaller nations the chance to perform at the highest level.

Both events will begin with the first qualification round in early November, it was confirmed here.

Russian outfit Zenit Kazan are the reigning men’s champions, while Pomì Casalmaggiore of Italy are the current holders of the women’s title.

Today's event also marked the first edition of the CEV Gala to move away from its traditional home of Vienna.