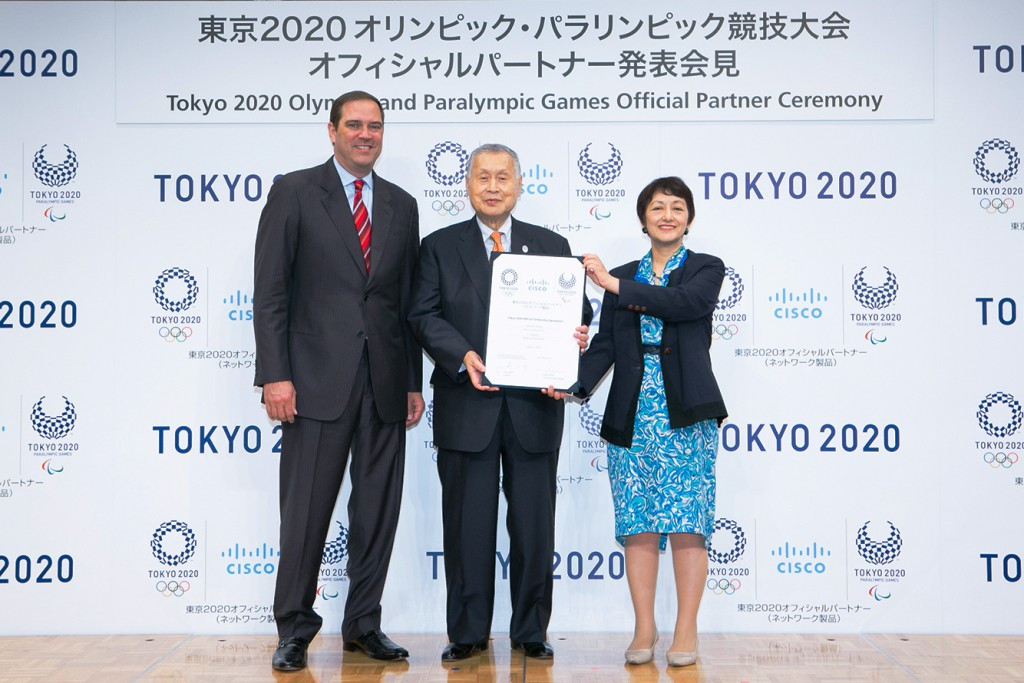 Cisco Systems GK has signed on as the 22nd Official Partner of the 2020 Olympic Games in Tokyo, it was announced today.

The company, a subsidiary of multinational technology giants Cisco Systems Inc., have been attributed to the “Network Category” in the second tier of domestic sponsors for the Games in four years’ time.

They have become the 37th sponsor of Tokyo 2020 after the Organising Committee agreed deals with Tokyo Metro Co., Ltd and East Japan Railway Company (JR East) on Tuesday (June 7).

“The company has a wealth of experience and a proven track record of supporting the communication of complex and diversified Games-related information and images at previous editions of the Olympic and Paralympic Games in the Network Equipment category,” Tokyo 2020 President Yoshirō Mori said.

“We are delighted that Cisco will be a Tokyo 2020 Official Partner in the increasingly sophisticated ICT world in the lead up to the 2020 Games, and we are confident that our partnership with Cisco will contribute to making the Tokyo 2020 Games the most connected Games in history.”

Their parent company Cisco Systems is the largest networking entity in the world and was established in the United States in December 1984.

“We are extremely honoured that we have the opportunity to support the success of the Tokyo Olympic and Paralympic Games as the Tokyo 2020 Official Partner in the network equipment category,” Cisco Systems GK President and General Manager Miyuki Suzuki added.

“We will evolve our accomplishments at the London 2012 and Rio 2016 Games and contribute to the success of Tokyo 2020 by providing cutting-edge network equipment.”

The news comes amid continued accusations of corruption within Tokyo 2020’s successful bid after payments totalling $2 million (£1.3 million/€1.7 million) made by the Organising Committee to Black Tidings, a Singapore-based firm with links to the son of former International Olympic Committee member Lamine Diack, were uncovered.