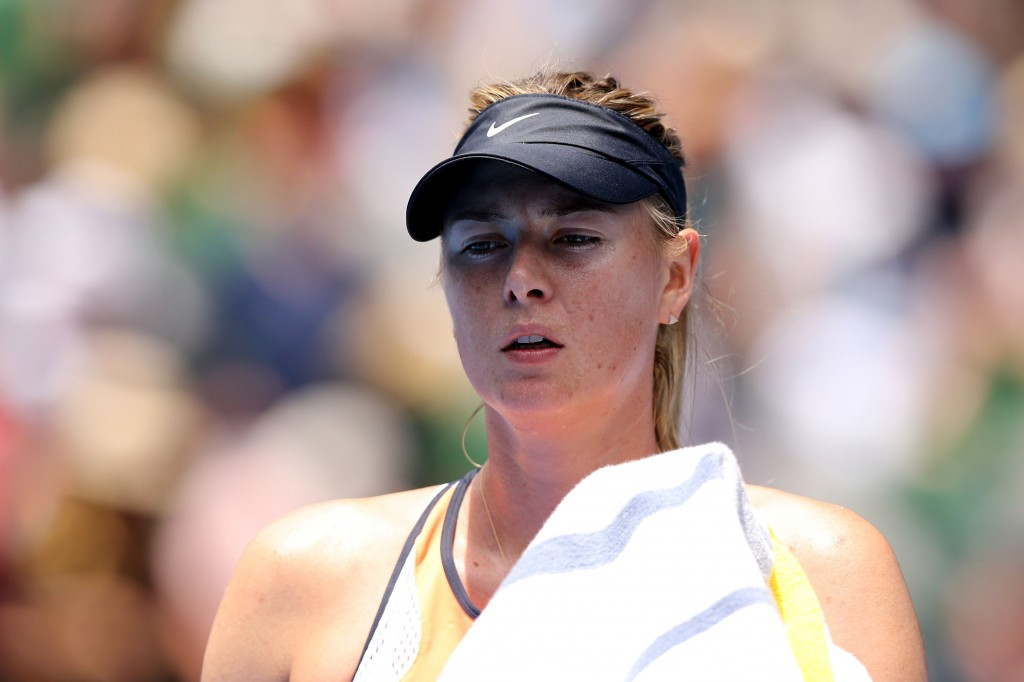 Maria Sharapova has been accused of taking meldonium to boost her endurance and of concealing its use when being handed a backdated two-year ban by the International Tennis Federation (ITF) today following her doping failure in January.

This follows a two-day hearing by the ITF Independent Tribunal in London, who ruled that she was the "sole author" of her misfortune.

The five-time Grand Slam champion announced in March how she had failed a test during the Australian Open for the substance, only added onto the World Anti-Doping Agency (WADA) banned list on January 1.

She claimed to having not read the updated banned list and admitted she carried on taking meldonium - also referred to as mildronate - after it was outlawed.

"The contravention of the anti-doping rules was not intentional as Ms Sharapova did not appreciate that mildronate contained a substance prohibited from January 1, 2016," read the ITF verdict.

"However she does bear sole responsibility for the contravention, and very significant fault, in failing to take any steps to check whether the continued use of this medicine was permissible.

"If she had not concealed her use of mildronate from the anti-doping authorities, members of her own support team and the doctors whom she consulted, but had sought advice, then the contravention would have been avoided.

"She is the sole author of her own misfortune."

Sharapova has already announced plans to appeal the decision to the Court of Arbitation for Sport (CAS) and, remarkably, her sponsor Nike have already decided to back the athlete and continue their relationship with her, which had been suspended.

Heart-attack drug meldonium was added to the banned list by the World Anti-Doping Agency (WADA) on January 1, who claimed there was evidence that it was being used for performance enhancing purposes.

Sharapova claims to have been prescribed the substance by her doctor for health issues dating back to 2006, including magnesium deficiency, an irregular heartbeat and a family history of diabetes.

Nike, who have also supported other athletes implicated in doping scandals like cyclist Lance Armstrong and sprinter Justin Gatlin, backed her stance.

They claimed that "Maria has always made her position clear, has apologised for her mistake and is now appealing the length of the ban.

"Based on the decision of the ITF and their factual findings, we hope to see Maria back on court and will continue to partner with her.”

But the 33-page Tribunal verdict effectively rubbished her claim that she was taking the product for health reasons.

"The manner of its use, on match days and when undertaking intensive training, is only consistent with an intention to boost her energy levels," it ruled.

"It may be that she genuinely believed that mildronate had some general beneficial effect on her health, but the manner in which the medication was taken, its concealment from the anti-doping authorities, her failure to disclose it even to her own team, and the lack of any medical justification must inevitably lead to the conclusion that she took mildronate for the purposeof enhancing her performance."

Specific advice from her doctor Anatoly Skalny urging her to take the drug 30 minutes before training sessions and matches is documented, with a higher dose possible before "matches of extra-importance".

Sergei Yasnitsky, team doctor of the Russian Olympic team, was also apparently aware of her use of the product.

In a post on Facebook, Sharapova claimed that the Tribunal has overruled the ITF's initial attempts to give her a four-year ban.

"While the tribunal concluded correctly that I did not intentionally violate the anti-doping rules, I cannot accept an unfairly harsh two-year suspension," the 29-year-old wrote.

"The tribunal, whose members were selected by the ITF, agreed that I did not do anything intentionally wrong, yet they seek to keep me from playing tennis for two years.

"I will immediately appeal the suspension portion of this ruling to CAS, the Court of Arbitration for Sport.

"I intend to stand for what I believe is right and that’s why I will fight to be back on the tennis court as soon as possible."

Hundreds of other meldonium cases have emerged as well as that involving Sharapova this year, with most registered by Russian and other Eastern European athletes.

But WADA admitted in April that more research was required to calculate how long the product remains in the human body.

The situation with Sharapova is complicated by the fact she has admitted to using it after it was banned.

If she had not done this, it is possible she could have received a lighter punishment, although her levels are also thought higher than the one microgram.

She is set to miss August's Olympic Games in Rio de Janeiro and the next seven Grand Slam tournaments.

She would not return until shortly before her 31st birthday.

"WADA acknowledges the decision issued today by the ITF Independent Tribunal which found that Maria Sharapova committed an Anti-Doping Rule Violation (ADRV) for the use of banned substance meldonium, and that, as a consequence, a period of ineligibility of two (2) years has been imposed, commencing on January 26, 2016," added the body in a statement.

"As with all decisions made by Anti-Doping Organisations, WADA will review the decision, including its reasoning, and will subsequently decide whether or not to use its independent right of appeal to the Court of Arbitration for Sport (CAS)."