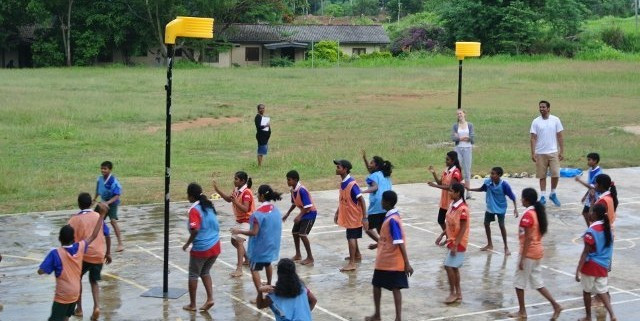 Korfball can play a pivotal role in the fight for gender equality in sport, according to respondents of a specially-produced survey conducted by honorary International Korfball Association (IKF) member Rory Kirkby.

The former chair of Korfball Australia surveyed 240 people involved in the sport in 25 countries worldwide.

The majority of the responses were positive, with those who filled out the questionnaire claiming they had become more accepting of the other gender as a result of their participation in korfball.

They also feel they have begun to be more cooperative with the opposite gender and have started to get a better understanding of their point of view through taking part in the sport, where men and women participate in mixed-gender teams competitively.

According to the IKF, “a strong majority of respondents felt the influence of korfball on particular groups was somewhat positive or very positive”.

“Most Dutch respondents felt that there was no gender issue and that both genders were treated as one, with equality and equity in playing roles and arrangements,” Kirkby said.

“They felt that respect was an important outcome of playing together and there was greater ease in interaction and communications."

Kirkby added: “From other cultures a number felt that people coming from single sex sports were happier and developed greater respect and understanding of the opposite gender in korfball.

“They appreciate being without the negative social issues of the single sex sports culture they had often experienced.”

Kirkby has also vowed to ensure the positive trend in the sport continues by emphasising korfball's potential to enhance relationships between genders.

"Men and women view each other as equals and accept each others’ roles in the team," one respondent to the survey from The Netherlands said.

"The team I play in has been mostly together from a young age and we, women and men, are good friends off the field.

"You participate easier with the other gender because you have been experiencing that in a high pressure environment.”