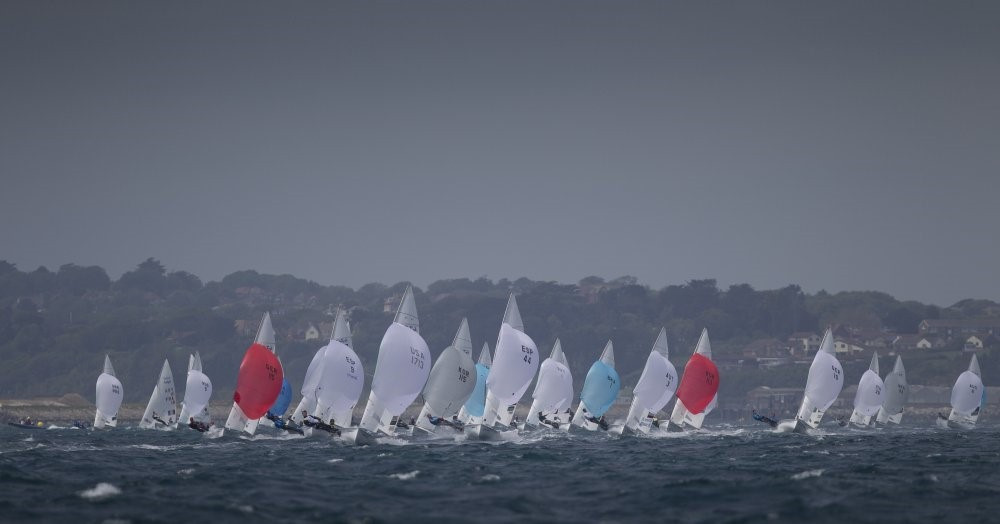 The Sailing World Cup in Weymouth and Portland is set to begin later this week, providing Olympic hopefuls with a final opportunity to shine before they head to Rio de Janeiro for the 2016 Olympic Games.

The Weymouth and Portland National Sailing Academy, the venue used for London 2012, is due to welcome 380 Olympic sailors from 44 nations for five days of racing starting on Wednesday (June 8).

China's Lijia Xu makes a return to the waters where she won gold in the laser radial at London 2012 and will be joined by her fellow podium finishers Marit Bouwmeester of The Netherlands and Evi Van Acker of Belgium.

Also competing will be Ireland’s Annalise Murphy, fourth at London 2012, as well as Great Britain's Alison Young, fresh from winning her first world championship title in Puerto Vallarta in Mexico in April.

Denmark's Anne-Marie Rindom, who picked up the world and Olympic test event double in 2015, and Sweden’s Josefin Olsson are likely to be in the mix for medals too.

Thompson is yet to win a Sailing World Cup event in the Rio 2016 quadrennial so will be looking to sign off before the Olympics with a big win on home waters.

Joining him in the fleet will be world number one Matt Wearn and world number four Tom Burton, both of Australia, as well as 2015 Olympic test event victor Francesco Marrai of Italy and New Zealand’s Sam Meech, who was recently selected to compete for her country at Rio 2016.

A small, competitive fleet will race the Finn with Britain’s Giles Scott the firm favourite.

Scott has won 15 of his 17 regattas in the Rio 2016 quadrennial, winning three World Championship titles along the way and finishing a close second at the two he didn't win.

Joining Scott will be London 2012 bronze medallist Jonathan Lobert of France, who finished behind the Briton at the 2015 Finn Gold Cup.

London 2012 Olympic star class gold medallist Max Salminen of Sweden will feature alongside the pair as will Australia’s Jake Lilley and New Zealand’s Josh Junior, who were announced as part of their respective Olympic teams last month.

The world's top two men's 470 crews will face off, continuing their long-running jostle for supremacy.

World number one pairing Mat Belcher and Will Ryan of Australia claimed the World Championship titles in 2013, 2014 and 2015.

Their quest for a clean quadrennial sweep was scuppered by world number two duo Sime Fantela and Igor Marenic of Croatia, who sealed a convincing win at the 2016 World Championships in Argentina’s capital Buenos Aires.

The Croatians got the better of the Australians at the Sailing World Cup in Hyères in April so come in strong.

In the women's 470, the world's top two teams - Austria’s Lara Vadlau and Jolanta Ogar and Britain’s Hannah Mills and Saskia Clark - will be within the 19-boat fleet.

They will be joined by 2016 world champions Camille Lecointre and Helene Defrance of France.

Racing is set to conclude on Sunday (June 12) with the medal races.