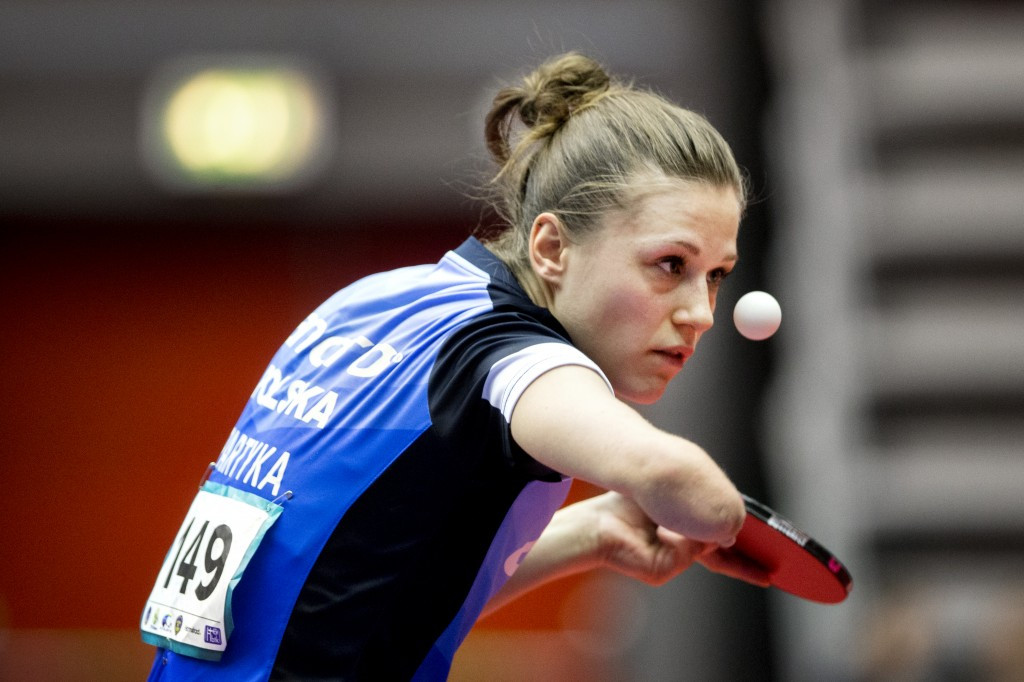 Poland’s Natalia Partyka previously represented her country at both the Beijing 2008 and London 2012 Olympic Games, while she has also secured three Paralympic gold medals in class 10 competition.

The 26-year-old is now set to make her third appearance at the Olympics after being named a member of the Polish squad for the team event at Rio 2016.

She joins Australia’s Melissa Tapper, who claimed one of three qualification berths for the Games at the ITTF Oceania Championships in Bendigo in March.

Tapper’s qualification means that two Paralympians will take part in Olympic table tennis competition for the first time at a Games.

"The ITTF is proud and excited to have a historic two Para players qualified for the Rio 2016 Olympic Games,” said Weikert.

“Natalia made history in Beijing by becoming the first ever Para table tennis Olympian and now she will be joined by Melissa Tapper in Rio.

“Both these players are inspirations to all Para athletes as they show that disability is no barrier to success.

“We wish them the best of luck in Rio."

Tapper previously made made Australian Commonwealth Games history after becoming the first to qualify for the able-bodied squad at Glasgow 2014.

The 26-year-old, who has Erb's palsy which has caused paralysis in her right arm, believes both her and Partyka’s participation at both the Rio 2016 Olympics and Paralympics is good for table tennis.

“I think that it's awesome that the Paralympic athletes are breaking down barriers and getting to participate in the Olympics,” she said.

“Playing alongside Natalia is an honour, but I think the biggest win is for our sport.”

The most famous, however, is now disgraced South African sprinter Oscar Pistorius, who took part in both the Olympics and Paralympics at London 2012.