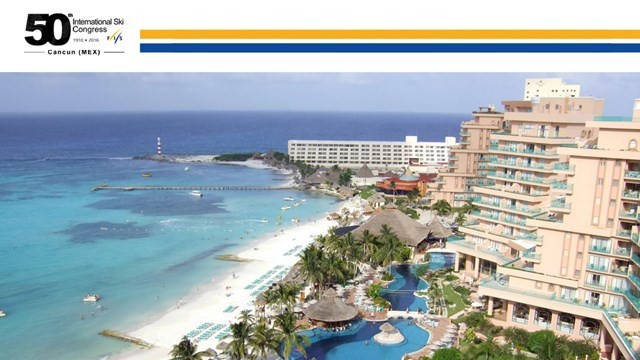 The World Anti-Doping Agency (WADA) investigation into alleged breaches at the Sochi 2014 doping laboratory is among the items to be addressed at the 50th International Ski Congress, which is scheduled to begin in the Mexican city Cancun tomorrow.

The independent investigation into new allegations surrounding state-sponsored doping at Sochi 2014, overseen by Canadian lawyer Richard McLaren, is due to be completed by July 15.

It follows explosive claims made by former Moscow Laboratory director Grigory Rodchenkov of up to 15 medal winners being implicated in an elaborate operation in which urine samples were switched to avoid the detection of use of banned substances.

The week-long Congress in Cancun is set to bring together more than 900 delegates representing 82 Member Associations of the International Ski Federation (FIS).

The FIS Council is due to meet with the FIS Technical Committees, Sub-Committees and working groups from Monday (June 6) to Wednesday (June 8), while the FIS Congress itself is set for Friday (June 10).

As well as reviewing the business reports of the Council and the accounts and reports of the auditors, the Congress will approve the budget, elect the 16 FIS Council members for a two-year period, and decide on the proposals submitted by the Member Associations and the Council.

Additionally, the Council is proposing to the Congress that the representative of the Athletes Commission, who is elected by the athletes themselves, becomes an ordinary Council member rather than an observer as is presently the case.

The candidates will show their concepts to all Congress participants from display stands and will have a final opportunity to present to the Council on Tuesday (June 7).

The items on the FIS Council’s agenda in the days prior to the Congress include the final approval of the FIS World Cup calendars for the 2016-17 season as well as reviewing proposals submitted by the Technical Committees following their meetings.

Other items that will be addressed by the Council include developments with technology and marketing activities, and updating the FIS rules on the prevention of manipulation of competitions.

A key focus of the Council will be on the Congress agenda and submitting its opinion on the various proposals to submit to the delegates.

The 49th International Ski Congress took place in Barcelona, while the 51st edition is due to be held in Greece in May 2018.