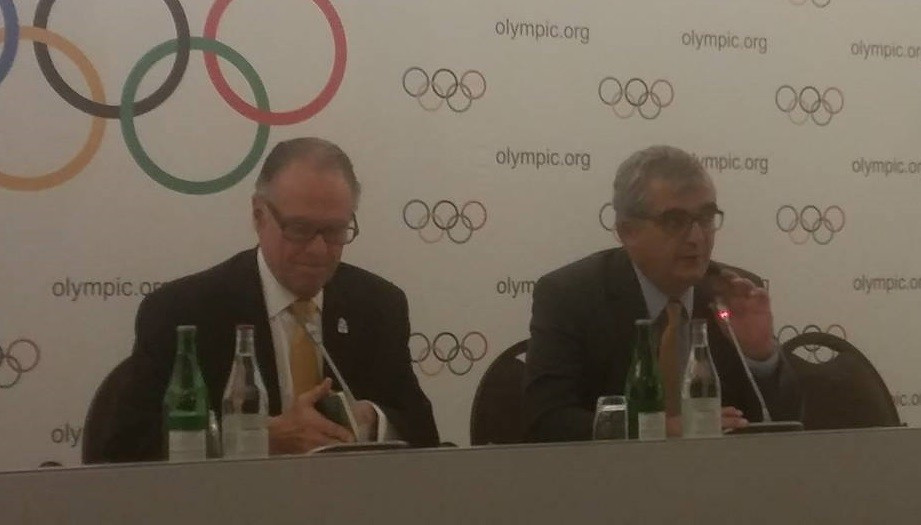 Brazilian officials are stepping-up an information campaign in an attempt to downplay fears surrounding the risk of Zika virus following recent warnings against attending the Olympics and Paralympic Games.

Leading American cyclist Tejay van Garderen today withdrew his name from consideration for the Olympics due to concerns he may contract the disease and pass it to his pregnant wife.

Van Garderen, a member of the 2012 Olympic team, who finished fifth at the 2014 Tour de France, was set to form part of the US team for the road race.

Rio 2016 officials claim that none of the 7,000 Games workers or volunteers have so far contracted the mosquito-borne virus, which they insist will be far less significant during the winter months in which both the Olympic and Paralympic Games will be held in Brazil.

A graph supposedly showing a "drastic drop" in the number of cases between June and September was circulated to the International Olympic Committee (IOC) Executive Board during their presentation at today's meeting.

The graph showed the number of cases of Dengue fever, another mosquito-borne disease over the last five years, suggesting that Zika - less prevalent until recent months - would follow a similar trend.

Last week there was a call by 150 leading university lecturers for the Olympics to be moved due to health fears.

Experts claimed the Olympics will quicken the global spread of the mosquito-borne disease, which has been linked with microcephaly - where babies are born with abnormally small heads because of restricted brain development - and Guillain-Barré syndrome, a neurological disorder which causes muscle weakness.

The call was rejected by the World Health Organization (WHO), who claimed there was "no justification" for suspending or moving the Games.

"Zika does not present public health risk that would warrent calling off the Games," Rio 2016 President Carlos Nuzman said today, citing the continued support of the WHO and other major health bodies.

He mentioned athletes, including Jamaican sprinting superstar Usain Bolt, tennis stars Rafael Nadal and Novak Djokovic, Brazilian footballer Neymar and the US basketball team, all of whom have said they have no worries attending.

Nuzman was unable, however, to cite any leading female stars who have "no worries".

An information campaign will be rolled out in order to make these points in more detail, Nuzman added.

Fears surrounding the virus appear low in Brazil itself, but remain far higher in other countries.

An equally as long-list could be made of athletes who have expressed fears about attending, including Spanish basketball star Pau Gasol and golfer Rory McIlroy, Shane Lowry and Danny Willett, all of whom have said they may not compete.

Two other golfers, Fiji's Vijay Singh and America's Marc Leishman, have already cited Zika as their reason for withdrawing from the Olympics.

Zika a major issue up for discussion during the presentation, the final one before the Opening Ceremony on August 5.

He provided a reassurance that the velodrome will be ready following "extreme concerns" voiced by the International Cycling Union (UCI) last week over the final stages of overlay construction.

The venue is due to be fully completed by the end of June for an unofficial "sport test", but key elements - like stands, press tribunes and escalators between levels - are yet to be installed.

Updates were also given on other venues today, including those for equestrian and tennis.

There were no questions on the political situation, it was claimed, despite the likelihood of the impeachment investigation into suspended President Dilma Rousseff being completed on August 2, just three days before the Opening Ceremony.

This could distract from the final stages of preparation and would have the potential to cause public protests and chaos in Brazil.

"In seven years [since Rio was awarded the Games in 2009], we have been through a lot of things," said Nuzman.

"Nothing has interfered in our work.

"We have had full support in all these seven years."