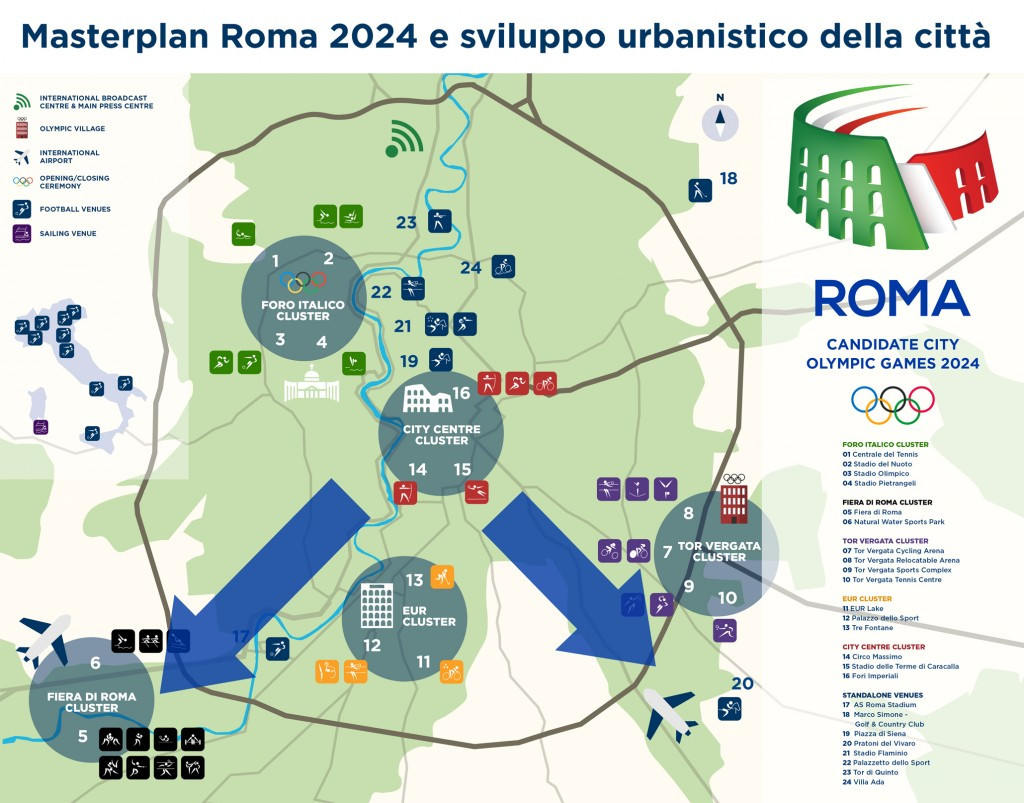 Rome 2024 has signed a collaboration agreement with the Association of Architects of the City and Province of Rome, focusing on the regeneration and urban planning of the Italian capital.

The event aimed to make the most of Rome’s bid for the 2024 Olympic and Paralympic Games, initiating a programme for urban regeneration that strives to make the city more sustainable and environmentally friendly.

"The dream of hosting the Olympic Games is a dream we need to pursue as we think of the future of the city and its citizens," said Rome 2024 President Luca di Montezemolo

"To not accept this challenge, as other cities have done, would mean to slam the door shut on our young people's future.

"We believe that sharing this project and journey with the Order of Architects is an added value.

"We are showing the world that we are united and believe in teamwork as we bring together such diverse worlds as municipalities, schools, entrepreneurs and businesses, environmental organisations, universities, military forces and startups.

"We need to think of the need for urban regeneration together.

"Rome needs an objective to help drive urban regeneration, which makes the challenge of the Olympics an even more extraordinary opportunity."

Alessandro Ridolfi, President of the Order of Architects of Rome, added: "Rome has priorities that can no longer be postponed.

"We need to seize the opportunity presented by the Games.

"That's why we hope our collaboration with the Bid Committee, which starts today, will help improve services and urban planning for the capital.

"As a community of architects, we are making ourselves available to provide the best support for this great Italian project - a project led by President Montezemolo.

"Roma 2024 won't simply be our destination, it will also be a new vision for the city."

Rome is up against Budapest, Los Angeles and Paris in a four-horse race to host the 2024 Games with a final decision due to be made at the International Olympic Committee Session in Lima next year.

The Council has since backtracked on this decision after receiving a letter from the Italian National Olympic Committee which urged them to reconsider.

Virginia Raggi, the favourite to become Rome's first female Mayor in the election on Sunday (June 5), is opposed to continuing the Olympic and Paralympic bid.