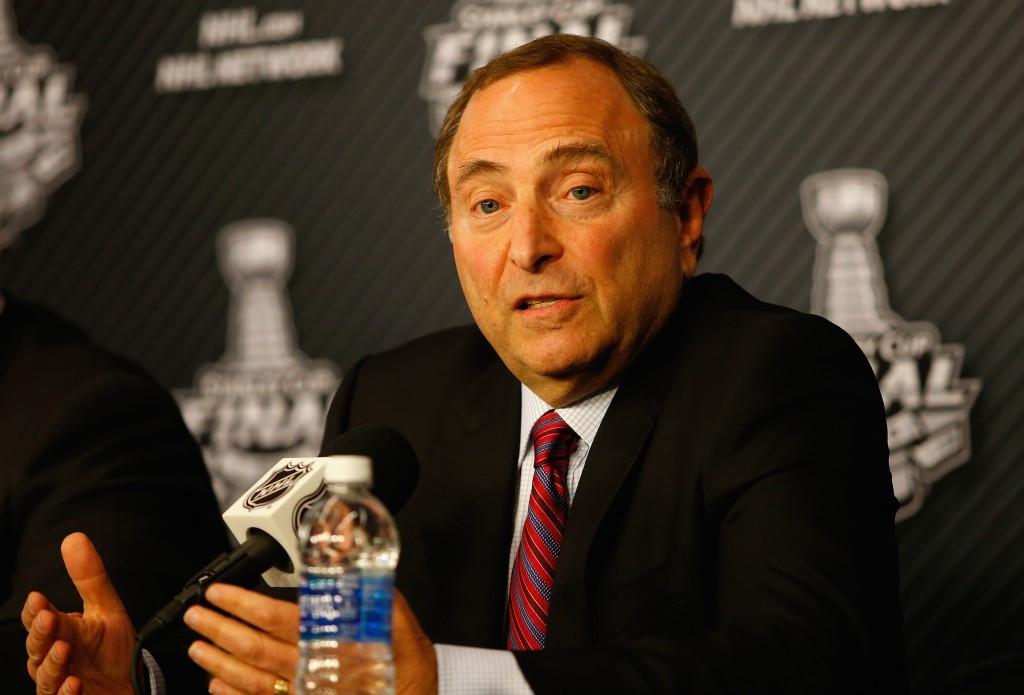 Commissioner Gary Bettman claims there is little chance of the National Hockey League (NHL) "paying for the privilege of disrupting its season" and covering the costs required for its players to attend Pyeongchang 2018.

This comes as a dispute rumbles on to decide who will pay the transportation and insurance costs for NHL participation, something the International Olympic Committee (IOC) are now refusing to do despite having done so ever since players from the world's largest league first appeared at Nagano 1998.

In what can be interpreted as an ultimatum to both the IOC and the International Ice Hockey Federation (IIHF), Bettman outlined how difficult it would be to convince the NHL Board to take up the cost.

“We would expect they’re going to do at least what they’ve done, because somebody’s going to have to pay it and I don’t think it’s going to be us,” he said.

“For us to have to pay to go to the Olympics based on everything that’s attendant to that, putting aside the fact that we get no access to our players, we don’t get to promote the fact that we’re there, and we have to disrupt our season, as I indicated in my remarks, I’m pretty sure our teams are not very interested in paying for the privilege of disrupting our season.

"And, by the way, it does cost us money now, just to deal with the things we have to deal with beyond the costs they pick up.”

The IOC have not revealed exactly why they have changed their approach.

One possible reason is the likely inclusion of baseball in the Tokyo 2020 Summer Olympic programme, with the IOC potentially keen to avoid setting a precedent for similar demands to be made by Major League Baseball (MLB).

Other powerful leagues in sports such as tennis or golf could also act similarly, it is feared.

This comes alongside around $18 million (£12.5 million/€16 million) contributed by the IIHF for Sochi.

IIHF President René Fasel is confident they can reduce the transportation and insurance costs for Pyeongchang 2018, and estimates the total figure will come to around $10 million (£7 million/€9 million) this time around.

A general desire of most of those involved to participate is likely to count in his favour, with various NHL players having already called for a deal to be reached.

It is also possible the IIHF could pay more, while other stakeholders could also potentially contribute, including the Pyeongchang 2018 Organising Committee.

A deadline of January has been given for a final decision to be made.