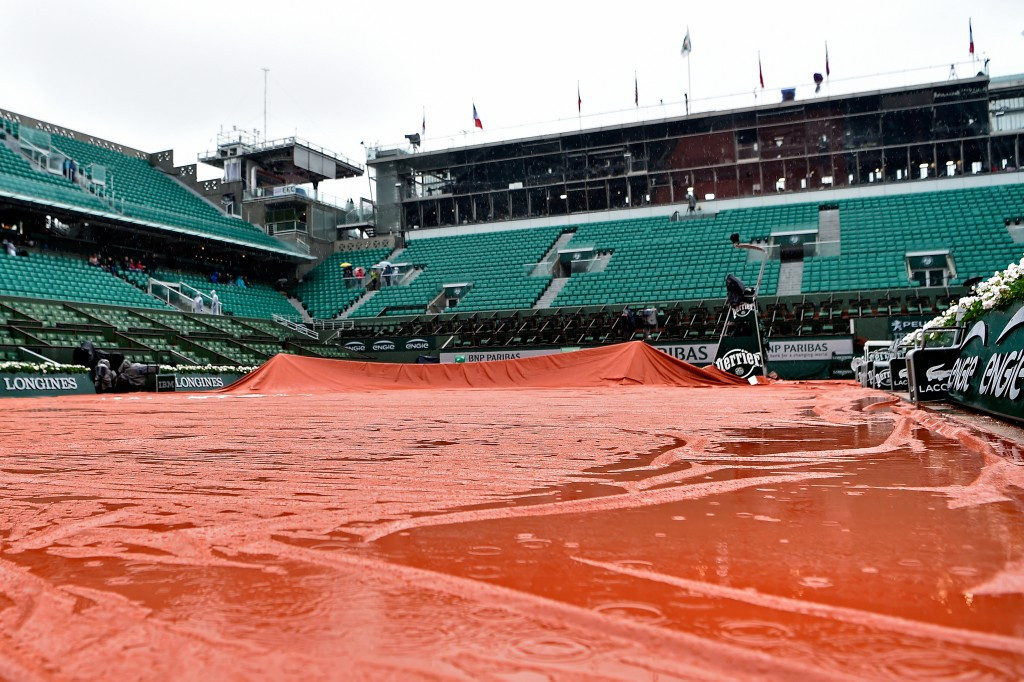 An entire day’s play has been cancelled at the French Open for the first time in 16 years following torrential downpours at Roland Garros.

Matches were due to begin at 11am local time this morning and organisers took the decision to call all games off at 1:40pm.

The tournament to date has suffered at the hands of the weather and there is concern for the remainder of the competition due to a poor forecast for the rest of the week.

The top seeds in both the men’s and women’s draw, Serbian Novak Djokovic and Serena Williams of the United States respectively, were both due to be in action today.

Djokovic, who has never won the French Open on the red clay in Paris, was set to take on 14th seed Roberto Bautista Agut for a place in the last eight.

Djokovic’s clash with the Spaniard is now the first match on Phillipe Chatrier in tomorrow’s order of play, before Williams takes to the clay following that encounter’s conclusion.

The Serbian is likely to be one of the worst affected by the cancellation as he now faces the prospect of playing two five-set matches in consecutive days at the business end of the second Grand Slam tournament of the year.

All of the matches in the top half of the women’s draw, aside from number two seed Agnieszka Radwanska of Poland against Bulgarian Tsvetana Pironkova and Australian Sam Stosur’s clash with Simona Halep of Romania, were completed yesterday, putting the bottom half at a disadvantage.

The weather forecast in the French capital tomorrow is also patchy, meaning organisers could experience further delays in getting matches played.

The last total washout at the tournament came in 2000.