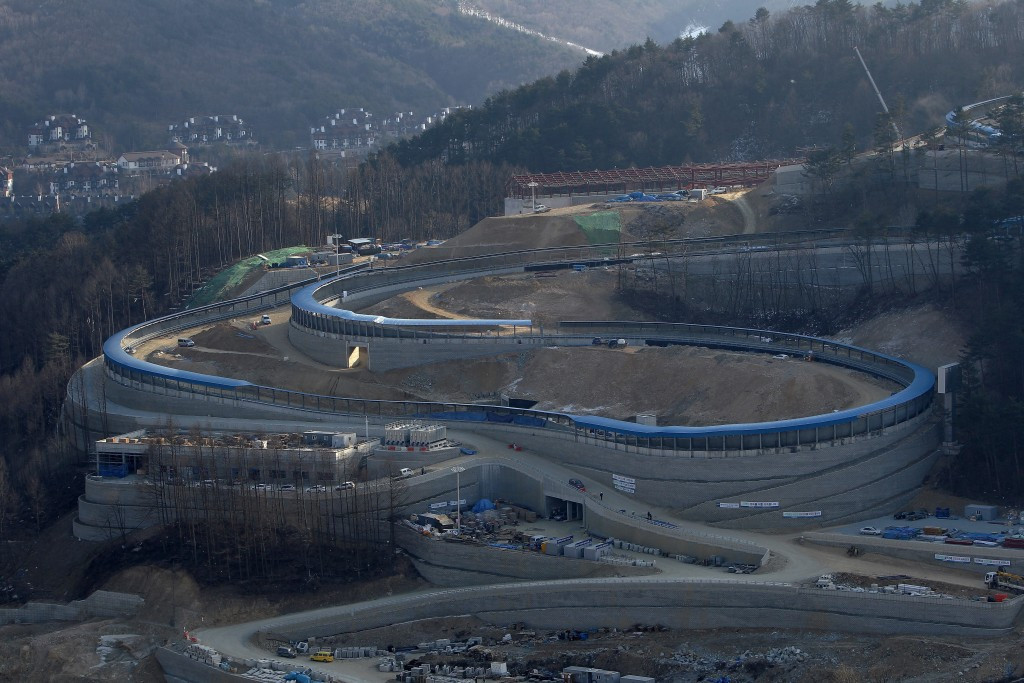 Pyeongchang's Olympic track will host an International Luge Federation (FIL) World Cup event for the first time on February 18 and 19 next year.

The dates for the test event ahead of the Winter Olympics in 2018 have been confirmed by the governing body after the release of the full schedule for the new 2016-17 season.

It will be the penultimate event of the nine-leg World Cup season so the action at the Alpensia Sliding Centre could be critical in the race for overall honours.

South Korean organisers will be hoping for a smooth event after a lack of ice hindered testing at the venue in March.

Problems with the refrigeration system meant that only the lower part of the track could be tested as homologation of the course began.

The schedule for the new season was ratified by the FIL Executive Board in Atlanta.

Germany will host the opening World Cup of the campaign in Winterberg on November 26 and 27, before the second leg is held in Lake Placid - the United States' two-time Winter Olympic host - on December 2 and 3.

The season will remain in North America for World Cup races in Whistler, Canada, on December 9 and 10 and Park City, Utah, on December 16 and 17.

After a break over the Christmas period, World Cup action will resume in Königssee in Germany on January 7 and 8 at an event which will double as the 48th FIL European Championships.

The sixth leg of the season will take place at Sigulda in Latvia on January 14 and 15 before the World Championships in Innsbruck, Austria, between January 27 and 29.

Another German track, at Oberhof, will then host a World Cup leg on February 4 and 5 before the focus moves to Pyeongchang.

After the Olympic test event, the season will conclude with the final World Cup leg in Altenberg, Germany, on February 25 and 26.