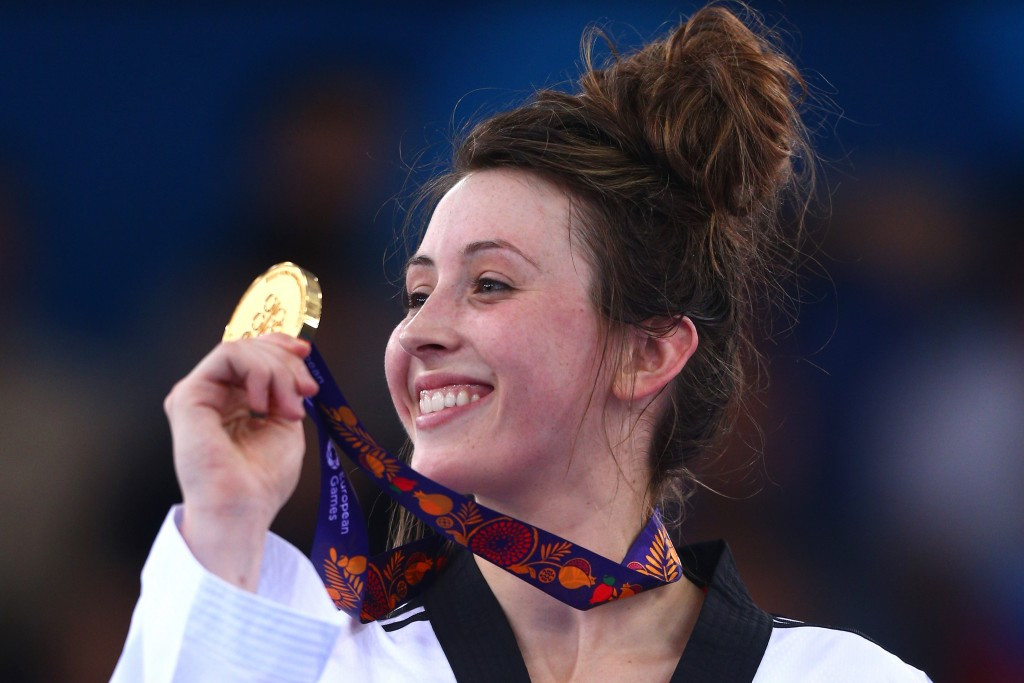 Two of the sport's biggest stars in Servet Tazegül and Jade Jones each claimed gold today as the European Taekwondo Championships continued in Montreux.

Her opponent proved unable to recover from a trademark opening burst from "the Headhunter", who moved 6-0 ahead after a superb headshot at the beginning of the second period.

It marked the 23-year-old's first European title after bronze in 2010 and 2012 followed by silver in 2014, although she did win gold at last year's European Games in Baku.

"I'm absolutely over the moon," she told BBC Sport.

"The road to Rio has been harder than it was for London, so to tick that off my list and be European champion, I feel on top of the world."

Belgium's Raheleh Asemani, who had qualified for Rio 2016 as a refugee athlete before having her Belgian citizenship confirmed, took bronze along with Martina Zubcic.

Turkey's Tazegül, widely considered the most exciting fighter in the sport, claimed a fifth successive continental title with an under 68kg victory over Germany's Hamza Adnan-Karim.

He beat Poland's Jaroslaw Mecmajer in the final as bronze was shared by France's Stevens Barclais and Joel Gonzalez Bonilla of Spain.