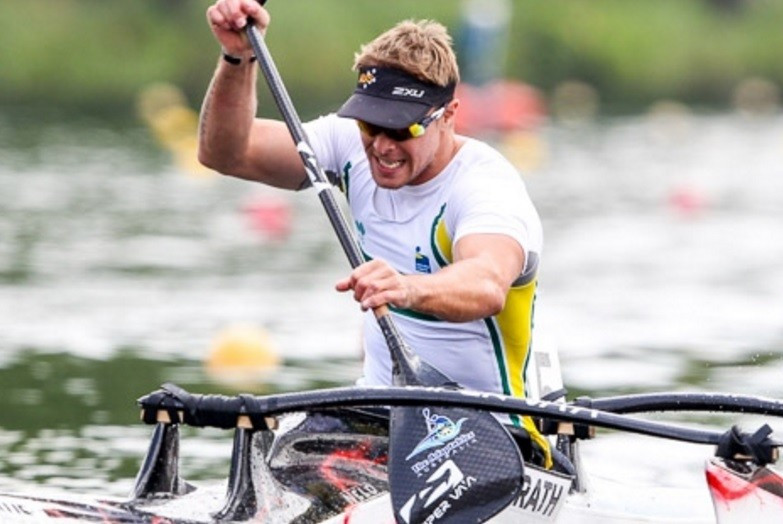 Australia’s Curtis McGrath was the star performer on the final day of the International Canoe Federation (ICF) Paracanoe World Championships as he clinched two gold medals in Duisburg, Germany.

The Australian, who has earned a medal at every edition of the event since his introduction into the Paracanoeing scene in 2014, overpowered six-time champion Markus Mendy Swoboda of Austria to take the men’s KL2 200 metres crown.

McGrath finished in 42.043sec to cross the line in front of the Austrian, with Nicholas Beighton of Britain securing bronze in 44.572.

The 28-year-old, who turned to the sport after he was forced to have both legs amputated following a mine blast while serving with the Australian army in Afghanistan, then topped the podium in the VL2 200m in 51.267.

Spain’s Javier Reja had to settle for second, while Giuseppe Di Lelio of Italy secured bronze.

Germany’s Edina Müller was also in superb form as she beat 10-time gold medallist Jeanette Chippington of Britain to secure gold in the women’s KL1 200m race with a time of 56.846.

Despite Chippington’s defeat, Britain were able to pick up two gold medals thanks to Anne Dickins and Emma Wiggs.

Dickins sealed the European title in the women’s KL3 200m in 51.246, with Amanda Reynolds of Australia and Mihaela Lulea sealing silver and bronze respectively.

Australia’s Susan Seipel secured the bronze but did manage to finish at the top of the podium on the final day as she won the VL2 200m in 1min 02.960sec, pipping Debora Raiza Ribeiro Benivides of Brazil and Russia’s Nadezda Andreeva.

Brazil were another nation to claim double gold as Aline Souza Lopes proved too strong in the women’s VL3 200m, crossing the line in 1:01.279 to beat Larisa Volik of Russia and Anja Pierce of the United States.

The other triumph for the South American nation came in the men’s VL1 200m thanks to Luis Carlos Cardoso Da Silva, whose time of 56.539 was enough to clinch gold in front of Hungary’s Róbert Suba and Poland’s Jakub Tokarz.

Tokarz added to his medal haul with silver, while Da Silva clinched bronze.