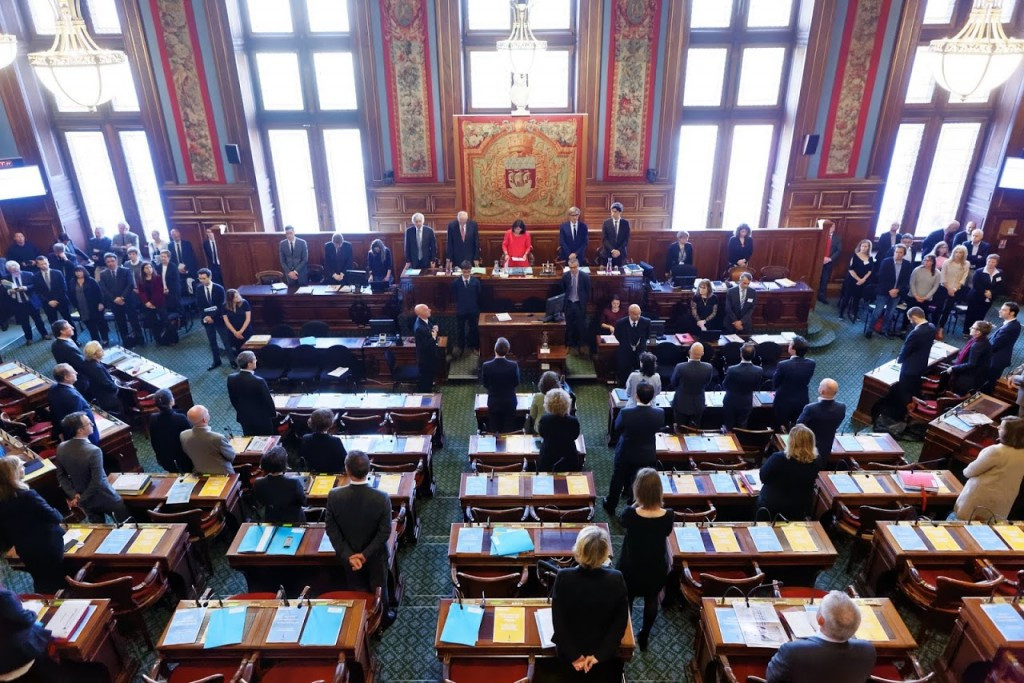 An action plan designed to leverage the 2024 Olympic and Paralympic Games as a catalyst for the transformation of Paris has today been approved by the City Council.

It is hoped the implementation of 43 new initiatives will bring more sport to the centre of Paris, creating a greener, healthier city with more sustainable housing and transport initiatives.

Presented by Mayor of Paris, Anne Hidalgo, alongside Paris 2024 co-chairmen, Bernard Lapasset and Tony Estanguet, the plan was given unanimous backing.

Key proposals include a major clean-up of the River Seine, which had previously been revealed as an ambition as part of an environmentally focused bid designed to adhere to green goals championed by the International Olympic Committee’s (IOC) Agenda 2020 reforms.

It is hoped the river can be cleaned to such an extent that Olympic triathlon and open-water swimming could be held there, with the public also able to take to the water to swim.

Other proposals include the creation of a cycle lane linking the Stade de France, Aquatics Centre and Olympic Village and a new rapid transit line that will run from the east to the west of the city serving proposed Olympic and Paralympic venues.

The new projects aim to improve all aspects of society in Paris and it is claimed they will all be put in place between now and the start of the 2024 Olympic and Paralympic Games.

"I’m thrilled that Paris City Council has approved these proposals that will help our bid to kick-start positive change in the daily life of Parisians," said Hidalgo.

"Paris is on a journey of re-invention and sport has a key role to play in the transformation of the city to a modern, dynamic metropolis with sustainability and active lifestyles at its core.

"The bid for the Olympic and Paralympic Games is a fantastic opportunity for Paris to advance its sporting infrastructure but also to build a sustainable, creative and vibrant global city.

"The 43 actions approved today make the most of this opportunity.

"They will be implemented between now and 2024 - ensuring a genuine, transformative legacy for the city and the people of Paris."

Approval of the plan comes after the famous Champs-Élysées was pedestrianised earlier this month, as part of a wider initiative which allows the public to use many city-centre streets to walk, run, cycle and play sport on.

"Paris 2024 is delighted that these fantastic projects, making sport even more integral to life in our capital city, have been given the go-ahead," said Lapasset, the outgoing World Rugby chairman who is departing that role to concentrate on Paris' efforts.

"These initiatives are totally aligned with the core values of our bid and are already helping to enrich the lives of our citizens through sport.

"Parisians and the French people have a strong passion for Olympic sport.

"Now this will give them more opportunities to lead active, healthier lifestyles while also boosting Paris’ standing as a leading city of sport - the perfect platform for showcasing the Olympic and Paralympic Games and core Olympic values."

Budapest, Los Angeles and Rome are also bidding for the 2024 Games.

A host will be elected at the IOC Session in Lima next year.