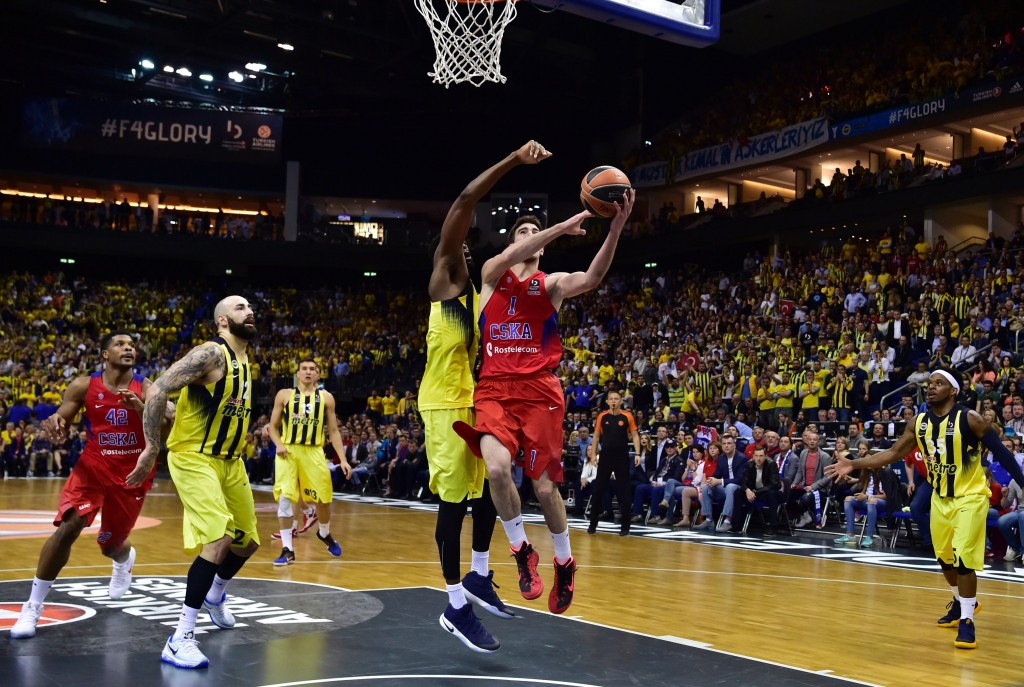 The International Basketball Federation (FIBA) Europe has claimed that 16 countries it has banned or threatened with a ban have backed the action the governing body has taken against them.

Basketball in Europe is currently in a chaotic state due to a row over the Euroleague.

FIBA Europe ruled that any country associated with Euroleague - which is run by Euroleague Commercial Assets (ECA) - risks being thrown out of international tournaments, with the exception of the top 16 clubs which play in Euroleague.

In March it was announced that eight countries - Bosnia and Herzegovina, Croatia, Macedonia, Montenegro, Russia, Serbia, Slovenia and Spain - had been thrown out of the 2017 edition of EuroBasket, the continent's premier tournament.

This was because these countries "have leagues or clubs which have entered into an agreement with the ECA".

A further six countries - Greece, Israel, Italy, Lithuania, Poland and Turkey - were sent letters drawing their attention to "recent reports and public statements" which suggest that one or more of their clubs may have entered into an agreement with the ECA.

They were all invited to submit their position to avoid a possible ban, with France and Germany later joining this group to take the total number of countries involved to 16.

The absence of so many countries would completely devalue EuroBasket - while countries have also been threatened with expulsion from other events, including this year's Olympic Games in Rio de Janeiro.

Olympic silver medallists Spain, the EuroBasket champions, and Lithuania are the only European men's teams to have confirmed their places in Brazil, although France, Serbia, Turkey, Greece, Italy and Croatia are all hoping to make it via qualification tournaments in July.

Further decisions could be made by FIBA Europe during their Board meeting in Dublin on May 27.

The governing body's Executive Committee also discussed the issue in Munich on Saturday (May 14).

"It [Executive Committee] reviewed the responses by 16 Federations who, following the decision of the Board of FIBA Europe on March 20, had either lost the right to participate in European senior men national team competitions or were cautioned about the possibility of forfeiting such right," a FIBA Europe statement said.

"All 16 Federations have reacted in support of FIBA Europe's decision and against the anti-competitive practices of Euroleague Commercial Assets.

"‎A full report will be given to the Board of FIBA Europe during its next session in Dublin, Ireland on May 27, for further decisions.

"In the meantime, FIBA Europe's administration has been asked to continue monitoring the developments on a weekly basis and report immediately to the Executive Committee of any changes in the situation in the various countries."

The Euroleague row began in 2000 when Europe’s top clubs broke away from FIBA to form a new tournament.

FIBA has attempted to wrestle back control and launched a new Champions League last month.

Both parties have complained about the other at the European Commission as the situation became increasingly hostile.

Peace talks between both sides were held in Munich earlier this month which saw a "collaboration proposal" suggested.

FIBA would become involved in the Euroleague Basketball organisation, with its Basketball Champions League Board managing the second tier of European club competitions.

Euroleague would continue to manage the first tier competition.

The ECA asked for the threat of sanctions to be removed in return for this, but there is no sign of FIBA being on board.

In a statement, FIBA instead praised the "generous compromise" of its own proposals and hailed the success of the Champions League, which has attracted 69 clubs from 19 countries.