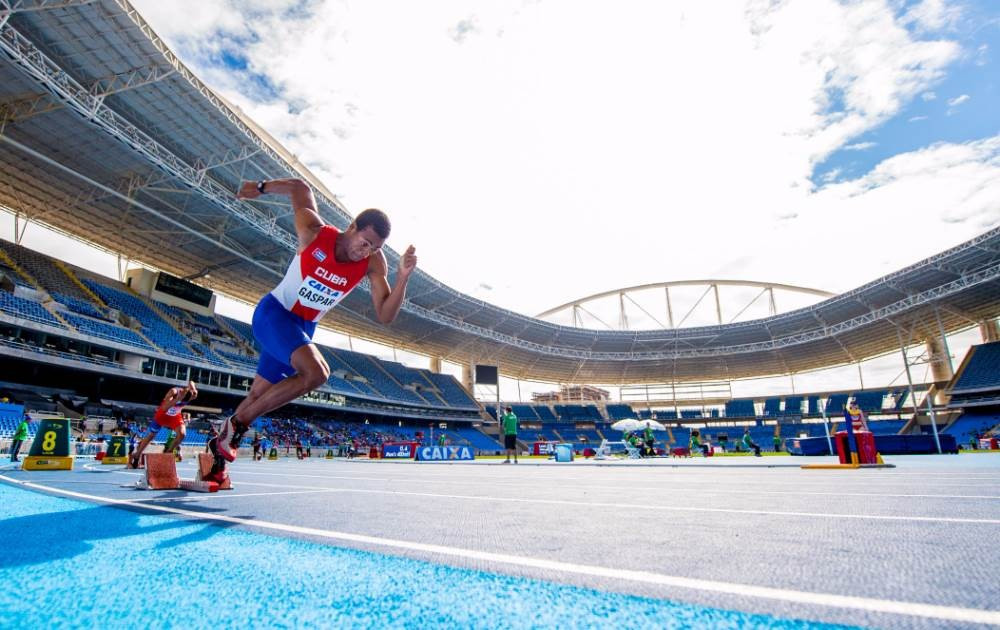 Coe was present to inspect the track along with Rio 2016 President Carlos Nuzman and executive director for sport, Agberto Guimarães, formerly a rival middle distance runner who finished fourth - with Coe second behind fellow Briton Steve Ovett - in the Moscow 1980 Olympic 800 metres final.

After travelling the short distance to the venue - also known as the Estádio Olímpico João Havelange - on the subway, Coe praised the 60,000 capacity venue and predicted huge success during the Games.

“I sincerely hope so," he answered when asked whether he expected world records to be broken.

"It’s a very fast surface - Mondo is a great provider of tracks and have been our partner for many years.

"So yes, with a full stadium of noisy, passionate track and field fans, the athletes will raise their game and rise to the occasion.

“It will be a very good event and the message to people is ‘come and watch it’.

"You will see some of the most outstanding athletes not just of their generation, but in the history of the sport.”

Three world records fell on the track at London 2012, courtesy of the Jamaican male and United States female 4x100m relay teams and David Rudisha in Coe's own 800m event.

The Briton also claimed to have received good feedback from IAAF colleagues.

“I’ve spent time with our technical delegates and they’re very pleased with how these Championships have been delivered for the athletes,” he said.

“And the great thing about a test event is that you go away and absorb all those things that you need to absorb and learn from over the next 80 days.”

A test event which passed without significant concerns is a welcome boost to organisers and the IAAF as preparations continue to be overshadowed by the question of whether the suspension of the All-Russia Athletic Federation will be lifted in time for athletes from the world's largest country to compete.