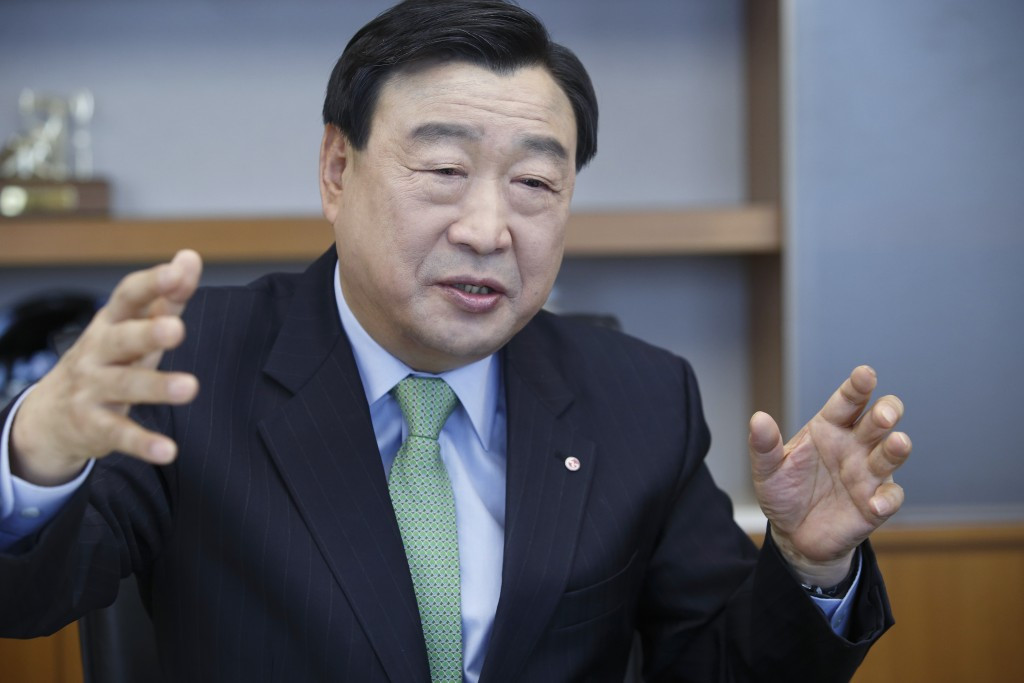 South Korea's former Minister of Trade, Industry and Energy has been hurried into the top job ahead of the Winter Olympic and Paralympic Games in just under two years' time after the surprise resignation of Cho Yang-ho.

After approval from the Pyeongchang 2018 Executive Board and General Assembly, his appointment has now been rubber-stamped by the country's Ministry of Culture, Sports and Tourism to allow him to begin his new role.

His arrival comes after Gunilla Lindberg, the International Olympic Committee's Coordination Commission chair, warned Pyeongchang against complacency after a recent period of success.

During the latest inspection visit in March, she also said that construction progress - particularly at non-competition venues - would be monitored closely.

Lee, whose background is mainly in business and politics, has denied he lacks the necessary sports background for the Olympic role.

He was today briefed on overall Games preparations, while he made an "inaugural address" to all staff members via e-mail, expressing "strong resolve" to make Pyeongchang 2018 a success.

Lee's aim is to leave a "lasting legacy for winter sports and the Korean sports community".

"The Seoul 1988 Olympic Summer Games was a great opportunity to introduce modern Korea to the international community," said Lee.

"Pyeongchang 2018 will be another historic turning point for Korea, showcasing the development of Korea as a global-leading nation.

"Let’s all work together with the pride that we are at the centre of a world-class mega-sports event that the entire world will enjoy.

"We will be making history and shaping the future of our nation through our work.”

Organisers will be pleased that the new man has already started in the role after Cho only resigned on May 3.

The short time-frame between the two Presidents will minimise upheaval, it is hoped.

Cho had only been in the job since July 2014 after the resignation of Kim Jin-sun, who left on the grounds that "new leadership was required to complete preparations for the Games".

Under his leadership, fears about the lack of domestic sponsors were eased thanks to deals with Korean Air, Samsung, Hyundai and SK Group as Tier One partners.