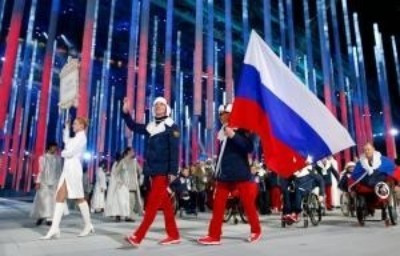 A letter has been sent by the International Paralympic Committee (IPC) to the World Anti-Doping Agency (WADA) urging them to "immediately investigate" possible doping at Sochi 2014.

This follows the latest raft of allegations concerning the preceding Olympic Games in the Russian resort made by Grigory Rodchenkov, the former head of Russia's discredited laboratory in Moscow.

He claimed in The New York Times a doping system in place throughout the Winter Olympic Games was so effective it ran like a "Swiss Watch".

This included the development of a "three-drug cocktail" of banned steroids which were mixed with alcohol and given to Russian athletes, he claims, as well as a covert system to replace the urine of affected medal winners with clean samples using soda containers and baby bottles.

Rodchenkov, who is now living in Los Angeles after fleeing Russia, only spoke specifically about the Olympic Games, suggesting that as many as 15 home medal winners could have been helped this way.

But there are also concerns about the subsequent Paralympics, particularly considering how Russia won 30 Paralympic golds, 28 silvers and 22 bronzes at Sochi 2014 to finish with a total haul of 80 medals, 65 more than any other country.

This was a huge increase on their performances at previous Winter Paralympics.

"We are greatly concerned by the allegations from Dr. Grigory Rodchenkov regarding Sochi 2014," an IPC spokesperson told insidethegames.

"Based on their reply, we will work with WADA and the IOC regarding the necessary next steps."

Possible concerns surrounding Sochi 2014 were first raised in November when WADA Independent Commission chair Richard Pound said that he does not "think we can be confident there was no manipulation of results at Sochi 2014" following claims of state sponsored doping surrounding the Russian athletics team.

The IPC vowed to take the Independent Commission findings "extremely seriously" and vowed to "act accordingly" if any evidence of doping is found.

A leading Paralympian then claimed that Russians at Sochi 2014 undertook doping tests in different rooms to athletes from other countries, and were only held for three-to four minute intervals.

Nils-Erik Ulset, one of Norway's most successful biathletes and cross-country skiers who was competing at his fourth Paralympics, secured three medals in Sochi - two of which came in events won by Russians.

The 32-year-old claimed to the Norwegian Broadcasting Corporation that, while waiting to submit urine samples, he "gradually became aware that foreign athletes were gathered in one room, and the Russians on [sic] the other".