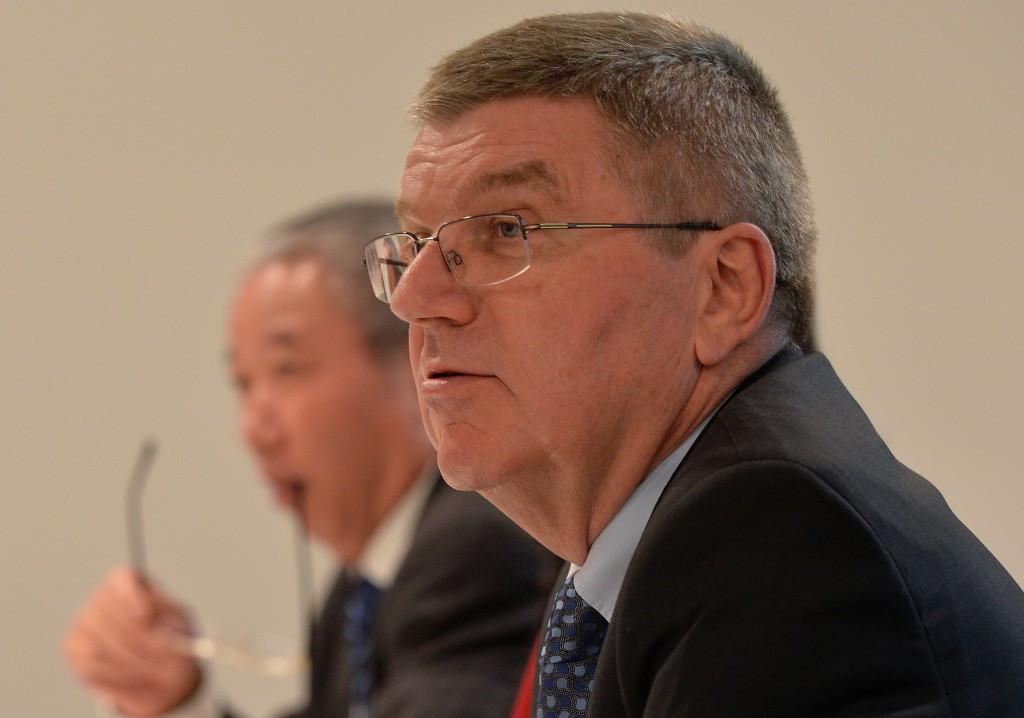 International Olympic Committee (IOC) President Thomas Bach has admitted his organisation is "not immune" from wrongdoing following talks on corruption in sport.

A panel on sporting matters was held as part of the UK Anti-Corruption Summit in London, organised by the country's Prime Minister David Cameron.

Chaired by Sir Philip Craven, an IOC member and also the President of the International Paralympic Committee, the discussions included a soon to be established International Sports Integrity Partnership.

This will be launched by the IOC at a meeting of the International Forum for Sport Integrity in Lausanne in early 2017.

The Summit is taking place amid a developing crisis at the IOC, with claims a suspicious payment of €1.3 million (£1 million/$1.5 million) swayed voting members when Tokyo was awarded the hosting rights for the 2020 Olympics.

Corruption has also been a major issue across world sport in recent times, most notably within FIFA and the International Association of Athletics Federations (IAAF).

However, sport was given a fillip at the Summit after a statement was issued welcoming the "the work of the international sports organisations to strengthen openness and improve governance so that they meet global best practice".

"We urge them to achieve the highest global standards and regain public trust through a culture of good governance," the statement continued.

"We recognise the autonomy of international sports organisations conferred under national laws.

"We believe this must be exercised responsibly and be earned by continually demonstrating good governance in a spirit of openness."

Bach said that the IOC had "all the instruments" in place to target corruption.

“We appreciate that this Summit has acknowledged the efforts of the IOC and sports organisations," he said.

"But like any other organisation we are not immune to wrongdoing.

"In such cases we have a proven record of swift action.

"The reforms of Olympic Agenda 2020 have strengthened our position to implement our zero tolerance policy in this respect.

"As welcomed by the Summit, we will take the fight against corruption further by launching the International Sports Integrity Partnership.”

A major corruption scandal to engulf the IOC involved the Salt Lake City Winter Olympics in 2002, when several members were accused of bribery.

Senegal's Lamine Diack, a former IOC member and previously the President of the IAAF, also prompted action from the IOC after allegations he was at the centre of a group of officials who accepted payments to cover up doping.

The Tokyo payment being investigated was reportedly made to the Black Tidings account which has been linked to Diack and his sons.

Girard Zappelli, the IOC's chief ethics and compliance officer who was present in London, said: “We used this opportunity to present all the measures undertaken by the IOC in the fight against corruption.

"Through Olympic Agenda 2020 the position of the IOC Ethics Commission has been strengthened and transparency has been increased.

"This includes a Consultants Register for the Olympic Games Bid Process and many other measures.

"We have proven that we are actively fighting against corruption.

"For instance, the IOC took immediate action against Lamine Diack already in November 2015 when the first allegation arose against him.

"As a result of our action he no longer has any position in the IOC.

"Nevertheless, we continue to actively look into the matter and have become a civil party to the French investigation.”