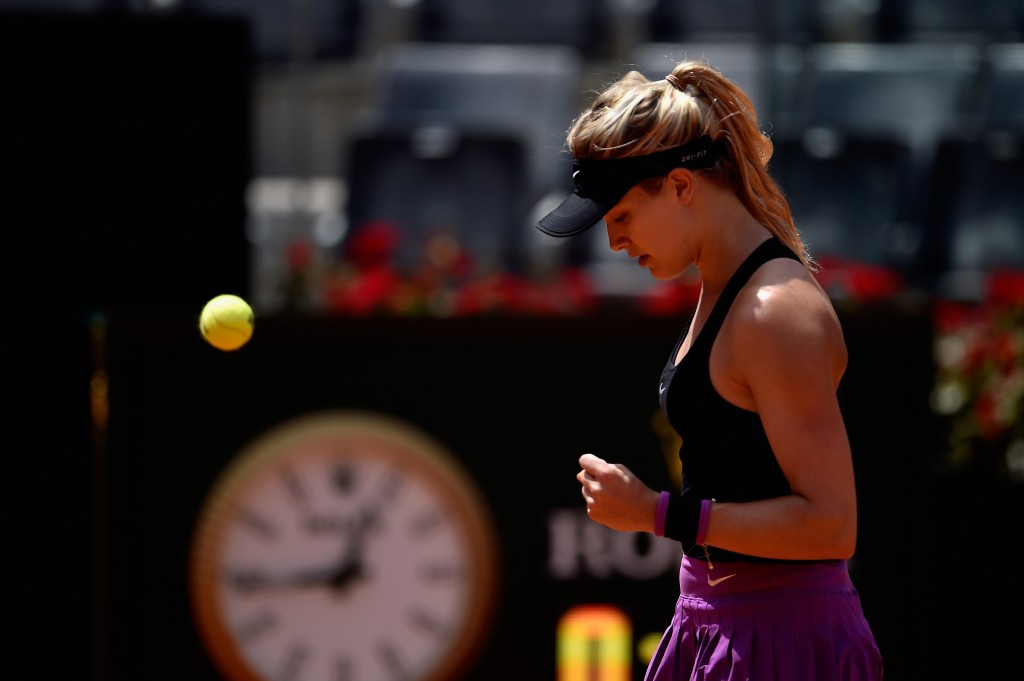 Canada’s Eugenie Bouchard triumphed in a tough battle with two-time champion Jelena Jankovic of Serbia to reach the second round of the Italian Open in Rome.

Bouchard has still been yet to regain the form which took her to the Wimbledon final in 2014, as well the semi-finals of the Australian and French Opens earlier that year.

The 22-year-old, though, showed her ability to claim the opening set of her contest with the experienced Jankovic 6-4.

Jankovic hit back by dominating the duration of the second set to force the match into a decider, but Bouchard eventually came through to earn a 6-4, 2-6, 6-4 victory.

Following her win, Bouchard will now face Australian Open champion Angelique Kerber, with the German having been awarded a bye through the first round.

Top seed Serena Williams has already negotiated the second round of the tournament, with the American having overcome Germany’s Anna-Lena Friedsam.

Friedsam, who had beaten Slovakia’s Anna Schmiedlova in straight sets yesterday, provided a strong resistance against her illustrious opponent.

Williams will face the winner of the second round tie between Serbia’s Ana Ivanovic and America’s Christina McHale.

In the men’s draw, Japanese sixth seed Kei Nishikori came from a set down to defeat Serbia’s Viktor Troicki 5-7, 6-2, 6-3.

He will meet either France’s Richard Gasquet or Italy’s Andreas Seppi.

"I think in the first set I wasn't aggressive enough to keep him moving side to side," Nishikori told the ATP website afterwards.

"I think in the second and third sets, I started hitting much better backhands, started playing angles, down the line, and everything worked well after the first set.”

Eighth seed Tomas Berdych secured his place in the next round, after defeating Spain’s Albert Ramos-Vinolas 6-3, 6-4.