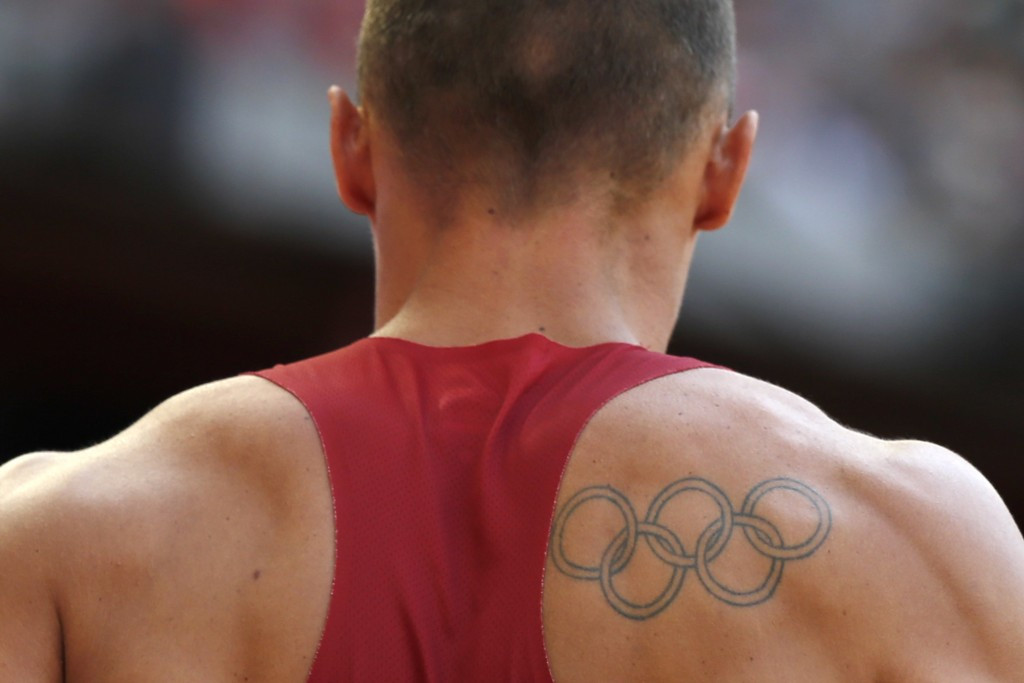 The International Olympic Commitee (IOC) has backed the appearance of Olympic Rings tattoos at Rio 2016 after a Paralympic champion was disqualified for baring his.

Craig, who won men’s S7 400 metres freestyle gold at the London 2012 Paralympic Games, boasts a tattoo of a lion and the Olympic Rings on his chest, which was found to be in breach of an IPC rule regarding body advertisements.

The 19-year-old covered up the tattoo for the remainder of his events and ended the Championships in Funchal with two silver medals.

However, he could be at risk of disqualification again should he fail to do so at the Rio 2016 Paralympics in September.

IPC spokesman Craig Spence told swimswam that “he would have to cover it up as he did for the remainder of the competition last week”.

It prompted suggestions that athletes with various tattoos could face a similar fate at the Olympic Games, with rule 40 of the Olympic Charter concerning the use of a participant’s image for advertising.

The rule states that “Except as permitted by the IOC Executive Board, no competitor, coach, trainer or official who participates in the Olympic Games may allow his person, name, picture or sports performances to be used for advertising purposes during the Olympic Games.”

When asked by insidethegames whether athletes with tattoos faced the prospect of disqualification at the Games, an IOC spokesman said: "The IOC President is always excited to see athletes with the Olympic Rings.

The company believe rules banning logos not approved by USOC “prohibit or otherwise limit the type of individual sponsors that track and field athletes can display”.

Symmonds, sponsored by Brooks Running, previously refused to sign an agreement which prevented him from taking up his space in the American team for the 2015 International Association of Athletics Federations (IAAF) World Championships, which would have required him to wear Nike kit.

In 2012, he auctioned off space on his left shoulder for a temporary tattoo to advertise a sponsor and last week did so for the second time, with communications company T-Mobile US paying $21,800 (£15,000/€19,000) to advertise on the runner’s arm.