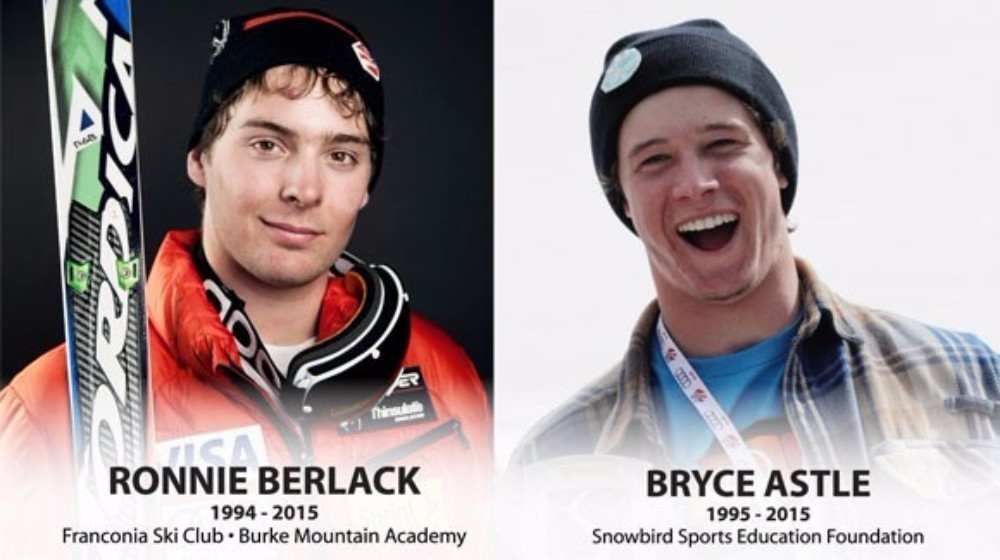 The US Ski and Snowboard Association (USSA) has announced it will establish the Bryce and Ronnie Athlete Safety and Security (BRASS) Foundation in memory of skiers Bryce Astle and Ronnie Berlack.

Both skiers were members of the United States Ski Team's development squad but were killed in an avalanche while skiing at Soelden, in the Austrian Alps, on January 5, 2015.

They were skiing with four team-mates in the area, which had received substantial snowfall the day before, and were unaware that a “three” regional avalanche warning, which means “considerable risk” was posted that day.

While going down an ungroomed slope, a massive snow slide surprised the athletes and killed both Astle and Berlack, with their team-mates narrowly escaping.

The Foundation, which is being established together with Astle and Berlack’s families, is aimed at increasing awareness, promote training and education and advancing investments regarding athlete safety and security.

“The loss of these two remarkable US Ski Team athletes was an unfathomable tragedy that has caused the USSA to be introspective, we are looking at all our programmes relative to athlete and staff safety,” said Tiger Shaw, USSA President and chief executive.

“We have learned through our investigation and interviews with the group of athletes and coaches on the Soelden trip that the group was unprepared for the risk encountered on that fateful day.

“Ronnie and Bryce were talented and experienced world-class skiers who would not have taken unnecessary risks.

“The fact is the USSA has historically focused on matters that occur ‘inside the fences’ on the race course; that has always been our primary focus, and will continue to be.

“However, we understand that athletes also face dangers outside the competition venue and that the USSA, through the new foundation, is uniquely positioned to drive a national programme about preparing athletes for dangers they encounter on the mountain outside the fences as well.”

The USSA are set to provide initial funding to the Foundation, which was announced ahead of the organisation’s annual Congress in Park City.

Snow safety and mountain awareness will be central to the Foundation’s aim, but it will also focus on travel security and other issues posing risks to safety.

Fundraising initiatives to raise additional funds to support the Foundation are expected to be held in the future.