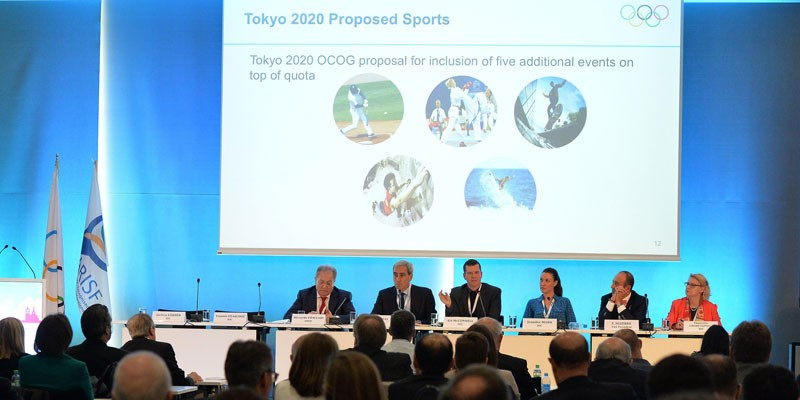 Members of the Association of International Olympic Committee (IOC) Recognised Sports (ARISF) have been encouraged to embrace the Olympic Channel to further develop their respective sports following a meeting with the IOC.

They then held a joint workshop, during which the Olympic Channel was one of several key points on the agenda along with ethics, compliance, integrity, governance, prevention of the manipulation of competitions and the Integrity Betting Intelligence System.

The development programme between the IOC and ARISF, which aims to get more sports recognised, also formed a key part of the workshop.

ARISF claim the meetings demonstrate how their relationship with their IOC counterparts has strengthened over the years despite concerns surrounding the widening gap between Olympic sports and non-Olympic sports.

This has been highlighted by the fact the IOC have agreed to give ARISF’s 35 members an increased presence at their Session in Rio de Janeiro this year as well as the Olympic Games themselves.

The IOC have offered accreditation to the Presidents of the sports who make up ARISF for the IOC Session in what represents a rare move, while heads of the respective governing bodies may also be accompanied by their secretary generals for the Olympic Games.

Olympic Broadcasting Services chief executive Yiannis Exarchos gave one of the most detailed updates about the channel, which is now not expected to launch until after the completion of Rio 2016, to date during the Convention.

Exarchos promised news shown on the Olympic TV Channel will be "independently produced" and not a communications tool for the IOC, while 650 pieces of video content are set to be produced in-house between January and August 2016.

This will be accompanied by commissioned content, with agreements having been drawn-up with 25 production companies spanning 14 countries.

More than 590 digital pieces - each lasting around 26 minutes - should be ready for launch, Exarchos said, adding up to 40 total hours.

“The open discussions and the active participation at the second ARISF-IOC workshop held in Lausanne during the SportAccord Convention confirmed that such a forum highly contributes to strengthening the relationship between the ARISF members and the IOC,” an ARISF statement read.

“The workshop followed a historic first IOC-ARISF joint meeting between the IOC President, four vice-presidents and senior management, and the ARISF President and the full ARISF Council.

"Cooperation in key areas was addressed and will be further developed through annual joint meetings.”