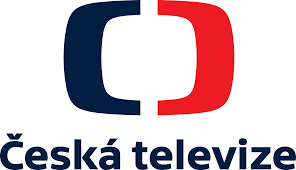 Pyeongchang 2018 and Tokyo 2020 will be broadcast in the Czech Republic on public channel Česká Televize (CT) after the company signed a deal with Discovery Communications for the two editions of the Olympic Games.

Under the agreement, the Games will be screened on CT Sport and Eurosport in a bid to widen the spectrum of coverage in the European nation.

It is claimed the deal will bring the Olympics to more people in the Czech Republic than ever before.

CT will sub-license from Discovery Communications free-to-air audio visual rights for one channel for both Pyeongchang 2018, the first-ever Winter Olympics to be held in South Korea, and Tokyo 2020.

Eurosport, owned by Discovery, has rights to air all of the Olympic Games action on pay-tv and through its digital platforms.

CT have also agreed to publicise content which will be shown on Eurosport and not just their own channel to ensure Czech viewers get the best Olympic experience possible.

The agreement is the latest to be announced after Discovery signed a contract with the International Olympic Committee (IOC) last June, which will see Pan-European television sports network Eurosport become the continent's Olympic broadcaster.

“Hence we are very happy to announce that this strong tradition will be maintained and the 2018 and 2020 Olympics will be available to all Czech viewers.

“We can guarantee an all-embracing coverage of all the important Olympic events with a special focus on great Czech athletes.”

“We are committed to striking innovative partnerships across the region, to ensure that the Olympic Games remains accessible to as wide an audience as possible,” Kasia Kieli, President of Discovery Networks Central & Eastern Europe, Middle East and Africa added.

“This agreement with Ceska Televize marks Discovery’s fourth Olympic Games partnership deal, following announcements with BBC in the UK, NOS in the Netherlands and YLE in Finland, bringing us another step closer to our goal of delivering more coverage of the Olympic Games, across more screens than ever before.”