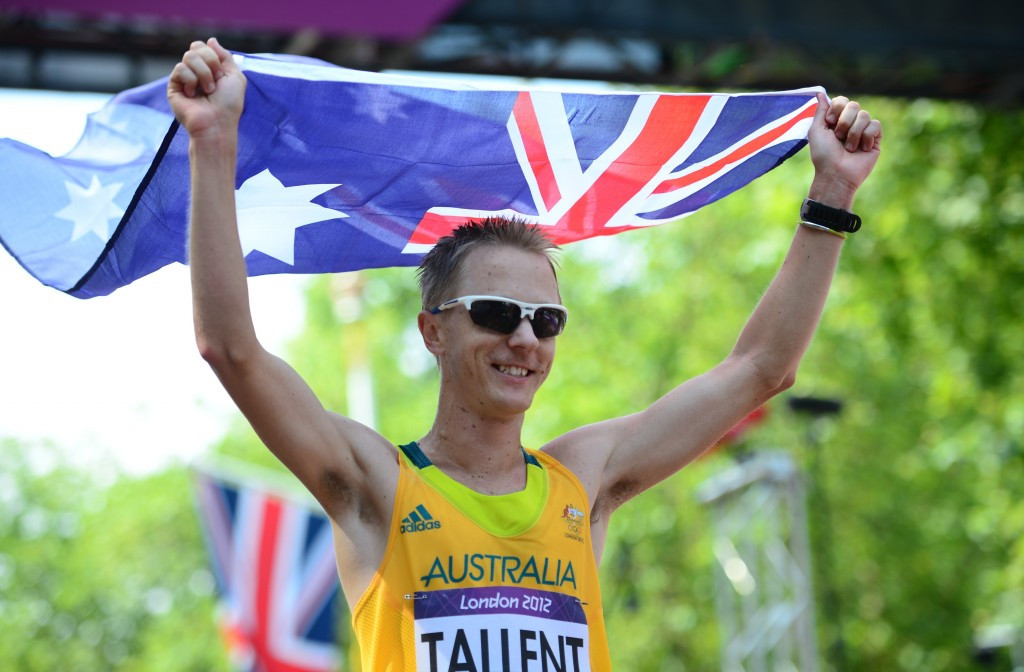 Australia’s Jared Tallent will be awarded his London 2012 Olympic Games gold medal from the men’s 50 kilometre race walk on June 17 in Melbourne.

The 31-year-old originally won silver but will be presented with the gold as a result of the disqualification of Russia’s former winner Sergey Kirdyapkin.

Kirdyapkin beat Tallent in London but was then one of six Russian race-walkers suspended by the Russian Anti-Doping Agency (RUSADA) due to drugs offences.

He was banned for three years and two months in January 2015 but his sanction was crucially back-dated to October 2012, allowing him to keep his Olympic title.

The International Association of Athletics Federations (IAAF) appealed this at the Court of Arbitration for Sport (CAS) however, describing the punishments handed to the six as "selective".

In March it was announced they were successful - with Kirdyapkin’s results from August 20, 2009 to October 15, 2012 declared void to see Tallent upgraded from silver to gold.

“I'm ecstatic to be finally getting the medal that I deserve, the gold medal I should have received in London has been a long time coming,” said Tallent, who also won silver and bronze medals at Beijing 2008.

“It'll be a magical moment to receive it in Melbourne in front of my family and friends, I grew up in Victoria and was born in Ballarat, so it will be great to receive the medal there.

“So many of the people who helped me from when I was a kid through to London are from the area, it means a lot to me that we can celebrate this together.

“I'm looking forward to heading to Rio as the defending Olympic champion and having the medal beforehand means everything is in its place, just as it should be.

“I imagine the medal must be on its way back to the International Olympic Committee in Lausanne now, let's hope the Russian Postal service is more efficient than their Anti-Doping Agency.”

International Olympic Committee vice-president and Australian Olympic Committee President John Coates, and triple Olympic rowing gold medallist and IOC member James Tomkins, will be among those attending the ceremony at the treasury building in Melbourne.

“This is an outstanding result for Jared Tallent and for athletics in Australia,” said Phil Jones, Athletics Australia chief executive.

“We are so proud of his achievement in London and we can’t wait to share the presentation of his medal with him in Melbourne next month.”

The Italian had recently returned from after a three-and-a half year ban for a positive Erythropoietin test to win the 50 kilometre race.

Si Tianfeng of China has been upgraded from London 2012 bronze to silver, with Ireland's Robert Heffernan moving up from fourth to third.