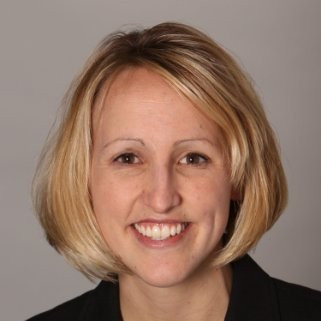 Wilhelmi takes up the newly created position after joining from West Coast Conference (WCC), and will be tasked with developing and executing strategies aimed at supporting student-athletes.

Other responsibilities will include preserving and growing Olympic sport at college level.

USOC created the position to provide increased support of collegiate athletics - which is a crucial supply-line to the American Olympic team.

"I am honoured to join Team USA and excited to support the talented athletes competing at the collegiate and international levels,” said Wilhelmi.

“I look forward to partnering with leaders across the National Governing Body (NGB) and National Collegiate Athletic Association (NCAA) landscape to help advance the Olympic and Paralympic movements.”

Alan Ashley, USOC's chief of sport performance, added that college sport was "absolutely critical" to the success of US teams.

"Colleges and universities provide the foundation for many individuals to develop as high performance athletes," he said.

"These athletes then go on to find great success at the Olympic Games as part of Team USA, highlighting just how important collegiate sports are to the Olympic Movement.

"With a deeply rooted background in college athletics, Sarah will be a key driver of increased collaboration between the USOC, NGBs, and all of the NCAA member institutions and conferences.”

Wilhelmi has been involved in athletics administration for 12 years, including the last eight with the WCC, where she most recently served as the associate commissioner for governance and institutional services and as the senior female administrator.

Previously, she was the assistant director of compliance services at Stanford University after beginning her career as a student services administrative assistant at the University of Iowa.

She also previously held internships with both the NCAA and USOC.

While a student at Iowa, Wilhelmi was a four-time Academic All-American while competing in athletics.

After receiving a bachelor's degree in business administration in 2003, she continued on at Iowa and earned a master's degree in health and sport studies in 2005.