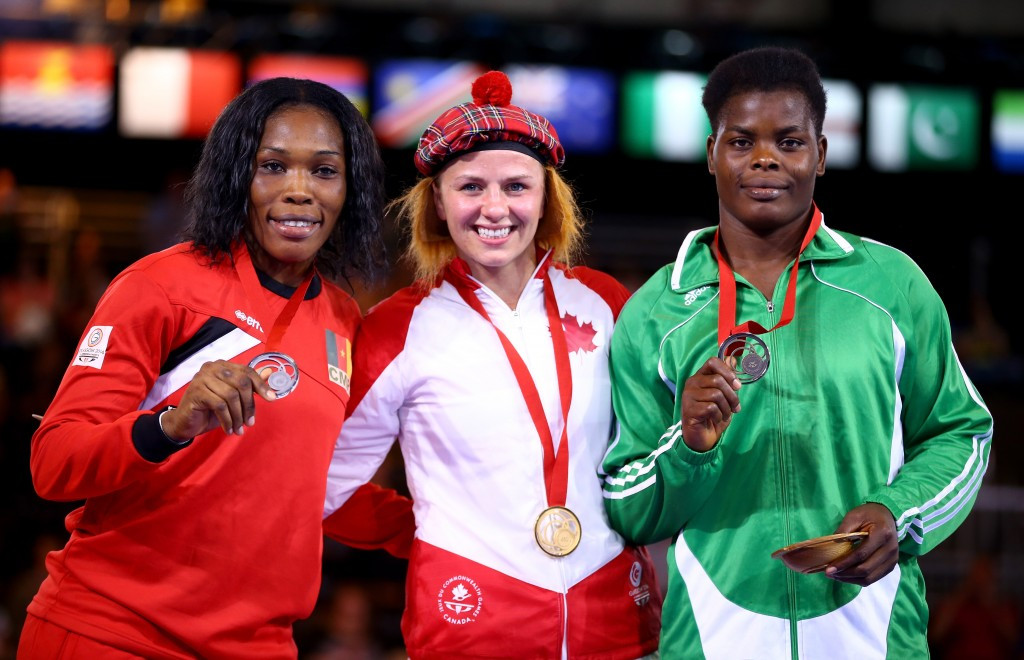 Nigerian Blessing Onyebuchi’s hopes of representing her country at Rio 2016 have been dashed after she was denied a visa to enter Turkey for the United World Wrestling (UWW) World Olympic Olympic Games Qualifying Tournament at the Bagcilar Sports Complex in Istanbul, which got underway today.

Onyebuchi, who competes at 75 kilograms and earned a bronze medal in the category at the 2014 Commonwealth Games in Glasgow, was refused entry by the Turkish Embassy along with her coach Victor Kodei, meaning she is unable to participate in the event, due to come to a conclusion on Sunday (May 8).

The debacle has prompted a stern response from Nigerian Wrestling Federation (NWF) President Daniel Igali, who has warned he intends to write to the International Olympic Committee (IOC) over the issue, as well as the sport’s worldwide governing body.

Nigeria have already secured seven spots in the wrestling events at this year’s Olympics but the competition in Istanbul is the last opportunity for athletes to book their Rio 2016 berth.

“I am just leaving the Turkish Embassy in Abuja after two days of trying without success to get visas for Onyebuchi Blessing female wrestler and Coach Victor Kodei who were scheduled to attend the last Olympic Wrestling qualifying tournament in Istanbul from 6-8 May,” Igali said in a text sent to SportingLife.com.

“This has sadly brought to an end all the efforts of an athlete who worked so hard for an opportunity to attempt to qualify for the Olympics and become an Olympian for her country.

"That Turkey of all countries can deny visas to Nigerian athletes after fulfilling all laid down protocols is humiliating.

“I will be sending a strongly worded protest letter to both the UWW and IOC regarding this Olympic disenfranchisement.”

In Istanbul, two berths in each of the 18 wrestling events scheduled for this year’s Olympics will be awarded to the National Olympic Committees of the top two wrestlers in each discipline and weight category.

World and Olympic Greco-Roman champion Hamid Soryan of Iran was one of the star performers on the opening day as he booked his Rio 2016 berth with victory over European bronze medal winner Dmitriy Tsymbaliuk of the Ukraine in the semi-finals of the 59 kilograms category.

He will be joined at this year's Olympic Games by Jesse Thielke of the United States, who beat Donior Islamov of Moldova before suffering defeat to Soryan in the final.

Selcuk Cebi of Turkey delighted the home crowd as he guaranteed Rio 2016 qualification in the 72kg division thanks to a narrow 2-0 win against Slovenia's Jure Kuhar in the semi-final.

Daniel Aleksandrov of Bulgaria was the recipient of the other Olympic place in the category as he proved too strong for Sweden's Robert Rpsengren in his last four bout.

Despite the disappointment for Basar, his team-mate Cenk Ildem added another Turkish wrestler to the Olympic competition as he overpowered Oliver Hassler of Germany 4-2 to join fellow 98kg competitor Daigoro Timoncini of Italy, who beat Norway's Felix Baldauf, in punching a ticket to Rio 2016.

In the final weight category of the day, the heavyweight 130kg event, the two slots went to Johan Euren of Sweden and Iakobi Kajaia of Georgia.

The Swedish competitor knocked out Miloslav Metodiev of Bulgaria in his semi-final, while Kajaia got the better of Hungarian veteran Mihaly Deak-Bardos.

The competition in Istanbul continues tomorrow.