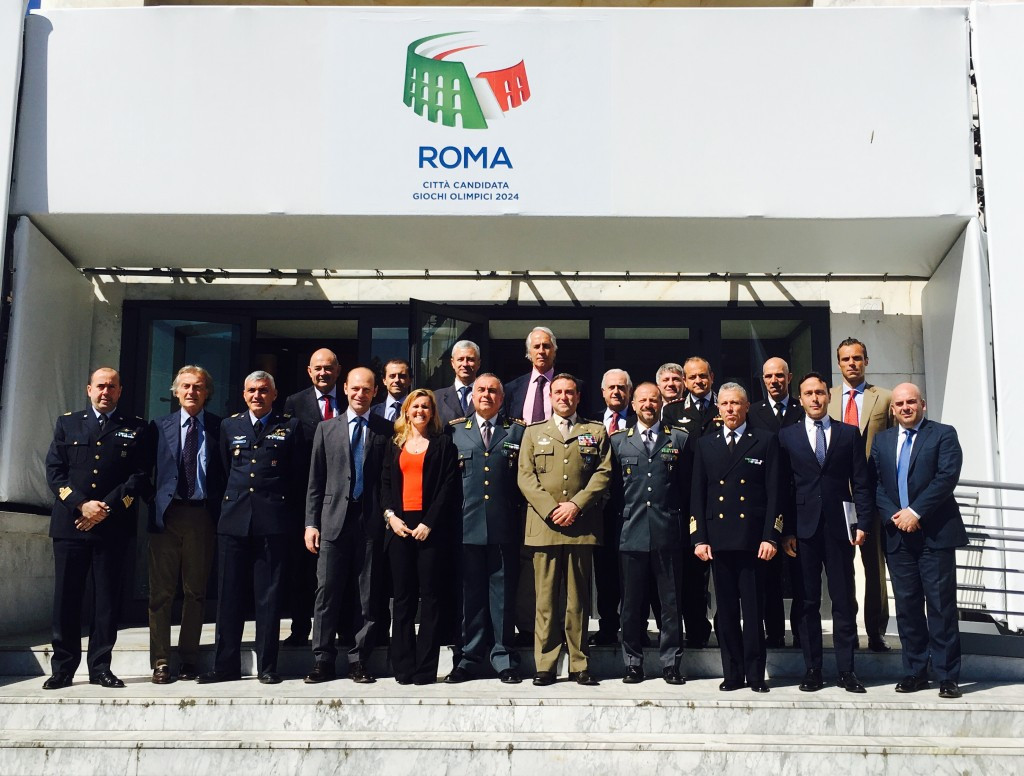 Rome’s bid for the 2024 Olympic and Paralympic Games has received the backing of Italian Armed Forces, Police and Civil Corps following a meeting at the organisation’s headquarters at the Foro Italico today.

The approval of their attempt at bringing the Olympics to the Italian capital for the first time since 1960 provides the latest boost to the bid, which has also been given the strong support of the Government, the Lazio Region and the Municipality of Rome.

Rome 2024 claim the heads of the respective groups who attended the gathering were particularly impressed by the proposed sports facilities, logistics and transport proposed by the Bid Committee.

“Behind the challenge of the Olympic and Paralympic Games are the best components of the country, territory, Rome municipalities, universities, companies and schools,” Di Montezemlo said.

“We are liaising with all those who can contribute to build a winning candidature file and the military and civilian forces, with their men and their facilities are committed on the sports ground, valuable and compelling.”

CONI President Malagò claimed the meeting highlights the “perfect coincidence between the military environment and the bid”.

He added: “Few people know that Rome is the first city in the world in sustaining the athletes in their race preparation, our asset is the proximity of the venues in the area.

“And three-quarters of the training structures in the city belong to the military and civilian sports groups.

“This is why you are part of the Italian team working for the Olympics, there is perfect coincidence between the military environment and the bid.”

The meeting follows Rome 2024 launching a digital guide on the history of the Olympic and Paralympic Games.

The bid team in the Italian capital have joined up with anti-poverty charity ActionAid to work on the project, which is designed to provide students with "useful insights to overcome cultural barriers and embrace the principles of loyalty, sacrifice and courage".

Doubts still remain over the bid, however, after leading Mayoral candidate Virginia Raggi claimed the city should postpone their Olympic and Paralympic effort due to chronic financial and infrastructure problems in the city.

A Mayoral election is due to be held on June 5, with Italian Prime Minister and bid supporter Matteo Renzi having warned that victory for an anti-Games candidate means that we "won't be able to host the Olympics anymore".

Rome 2024 officials claim to be unconcerned, however.

A decision is due to be made at the 2017 International Olympic Committee Session in Lima.