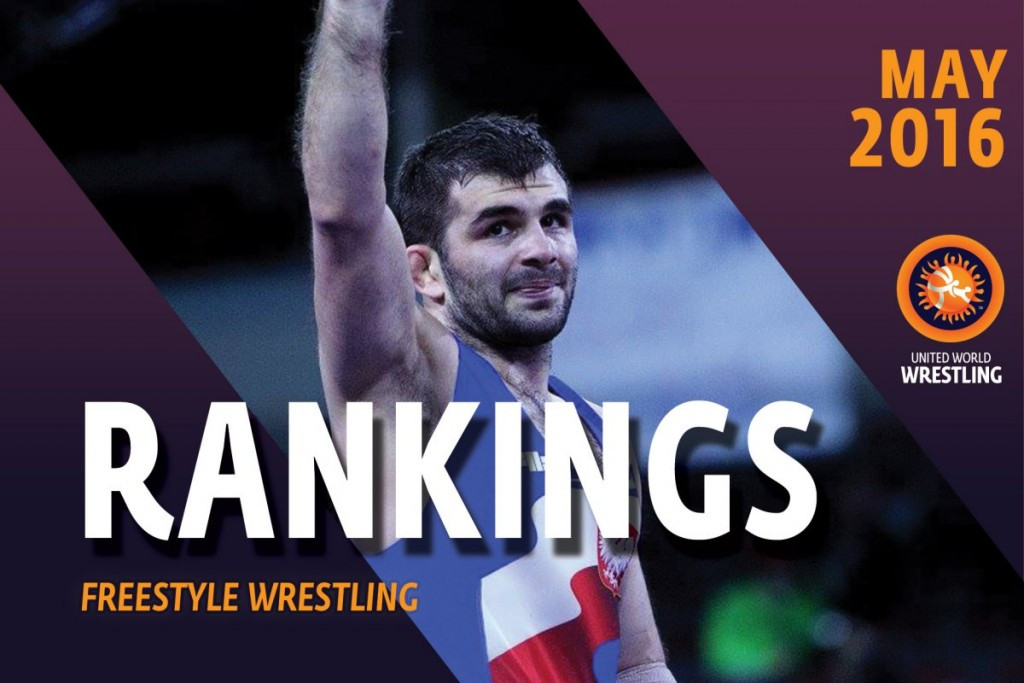 Many of the winners at the Africa-Oceania and European qualifiers, held in Algeria’s capital Algiers and Serbian city Zrenjanin respectively, as well as at the first world qualifying tournament in Mongolia’s capital Ulaanbaatar, found new places on the lower two-thirds of the rankings.

There was also no movement from all the wrestlers that secured their ticket to Rio 2016 via last year’s World Championships in Las Vegas.

Even grapplers from the two non-Olympic weight categories - 61 kilograms and 70kg - improved in their "home" category after successful qualifying performances at weights on the Rio 2016 schedule.

Continental champions Magomedmurad Gadzhiev of Poland and Adam Batirov of Bahrain, both at 70kg, each won qualifying events at 65kg.

European champion Gadzhiev held onto his number two ranking at 70kg with a win at the regional qualifier in Zrenjanin.

Asian champion Batirov qualified for Rio with a win over Turkey’s Yakup Gor - the world bronze medallist at 70kg - in the Ulaanbaatar semi-finals at 65kg.

Batirov’s victory lifted him from 19th to number three at 70kg - the biggest leap in freestyle wrestling for April.

Bulgaria’s Vladimir Dubov, the world bronze medallist at 61kg, made the drop to 57kg and secured a ticket to Rio 2016 with four technical falls to climb from number seven to third at featherweight.

Moldova’s Evgheni Nedealco clinched the special third-place ticket at 74kg in Ulaanbaatar, but slipped slightly in the rankings from number nine at 70kg to 12th at welterweight.

As for wrestlers unranked in March, Hungary’s Daniel Ligeti climbed into the 125kg rankings at number 14 after a third place in Zrenjanin and a second place in Ulaanbaatar to qualify for his second Olympic Games.

At 97kg, Turkey’s Ibragim Bolukbasi ensured his ticket for Rio and grabbed number 15 in the rankings as a runner-up in Zrenjanin.

Beijing 2008 bronze medallist Georgi Ketoev of Armenia ended a three-year hiatus with victory in Ulaanbaatar and duly took 17th place in the rankings.