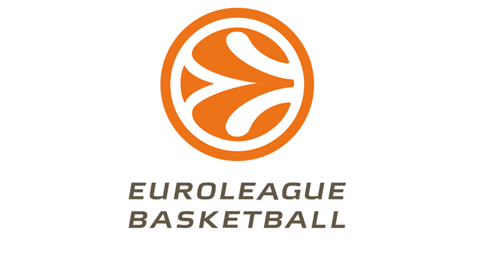 The Euroleague has seemingly offered an olive branch to the International Basketball Federation (FIBA) as efforts to heal the rift in the sport continue.

FIBA Europe does not recognise the Euroleague - operated by Euroleague Commercial Assets (ECA) - and has said that any country associated with it risks their international teams being thrown out of major events.

Eight countries have already been expelled from EuroBasket 2017 while places at the Olympic Games in Rio de Janeiro in August are also under threat.

Now, Euroleague Basketball say they have presented a "collaboration proposal" following a meeting in Munich.

There is no sign, however, that FIBA Europe is willing to relax its threat of sanctions yet.

The proposal asks for the "elimination of any sanctions on clubs and national teams, respecting both the freedom of clubs to decide their future as well as the national teams' participation in competitions for which they have qualified, and the modification of those rules and regulations that currently allow such sanctions to be imposed".

In return for this, FIBA and Euroleague would be "integrated" through new governance and competition structures.

FIBA would become involved in the Euroleague Basketball organisation, with its Basketball Champions League Board managing the second tier of European club competitions.

Euroleague would continue to manage the first tier competition - currently the top club championship on the continent.

Vertical access from bottom to top in European competitions would be introduced through a promotion system for each competition’s respective champion, resulting in an increase in the access from one competition to another.

FIBA would continue to solely manage basketball rules, international transfers, doping control regulations and execution, while Euroleague has agreed to study the inclusion of national team windows as per the FIBA 2017 project.

Euroleague has also backed minimum insurance policy standards to be applied consistently for all clubs, and agreed compensation to clubs for their contributions to national team competitions.

This would follow the model of other professional sports.

"The proposal was developed in agreement with the principal professional basketball clubs in an understanding of the importance of creating a stable and smooth collaboration with the International Federation in order to enable close cooperation between all international basketball organisations based on commitment towards the growth of professional and amateur basketball moving forward," a Euroleague statement said.

"Despite the constructive approach that all Euroleague Basketball representatives brought to the meeting, including acceptance of FIBA’s requests, and in spite of the agreement that Euroleague Basketball will manage European tier one club basketball, the parties were unable to reach an agreement regarding the number of clubs that will participate in the first tier European club competitions.

"FIBA rejected to remove the sanctions and threats of possible sanctions that European clubs and national teams are currently under.

"Euroleague Basketball will continue with its ongoing efforts to ensure that further growth of professional club basketball is achieved through dialogue, consensus and respecting the freedom of choice for all clubs, leaving no space for sanctions or punishments, neither against any club nor other institutions, as a result of said choices.

"Euroleague Basketball also expressed hope that there will be a follow up meeting to be able to discuss the only pending topic in the near future."

FIBA has attempted to wrestle back control from the ECA and launched a new Champions League last month.

The row has become increasingly ugly, though, with FIBA Europe and ECA both complaining about the other at the European Commission.

Bosnia and Herzegovina, Croatia, Macedonia, Montenegro, Russia, Serbia, Slovenia and Spain all have leagues or clubs which have entered into an agreement with the ECA, and were subsequently thrown out of EuroBasket - Europe's major international basketball tournament.

A further six countries - Greece, Israel, Italy, Lithuania, Poland and Turkey - have received letters drawing their attention to "recent reports and public statements" which suggest that one or more of their clubs may have entered into an agreement with ECA.

Spain and Lithuania have already qualified for the Rio 2016 Olympics.