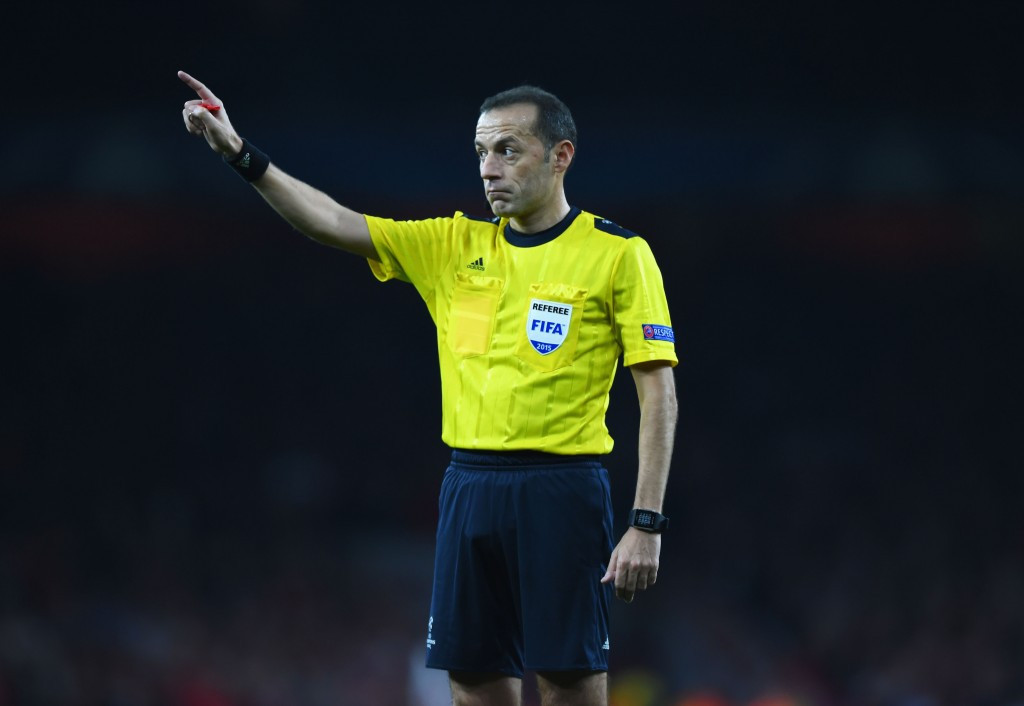 The referees who took charge of the UEFA Champions League and FIFA Women's World Cup finals last year have been named among 88 officials appointed for the Rio 2016 football tournament.

The 39-year-old, who was also referee when Brazilian side Corinthians beat English outfit Chelsea 1-0 in the 2012 FIFA Club World Cup final, is a UEFA elite referee.

He took charge of the Champions League semi-final first leg tie between Manchester City and Real Madrid on April 26, which finished as a 0-0 draw.

On the women's side, Ukraine's Kateryna Monzul is among the officials selected.

She was in the middle for the Women's World Cup climax in Canada, which saw the United States lift the trophy after a 5-2 win over Japan at BC Place in Vancouver.

In all, 18 referees and 32 assistant referees will be involved in the men's tournament.

The women's games will be guided by 14 referees and 24 assistants.

All six FIFA Confederations are represented among the appointments, which come after the world governing body held training seminars in Doha and Miami last month.

These brought male and female referees together for the first time in FIFA’s history and saw them take part in various activities together, including theoretical classroom sessions and practical sessions on the pitch.

FIFA's head of refereeing Massimo Busacca said: "“Our philosophy is that men and women have to work together, this is something we are certain of.

"We are there alongside the coaches.

"During the preparation and on the pitch being able to read the game, understand football and protect the players as well as the image of football whilst insuring respect and fair play is maintained at all times, is crucial for a referee.”

The Olympic football tournaments at Rio 2016 will take place between August 3 and 21.

Games will be played around Brazil, with both finals in Rio's famous Maracanã Stadium.