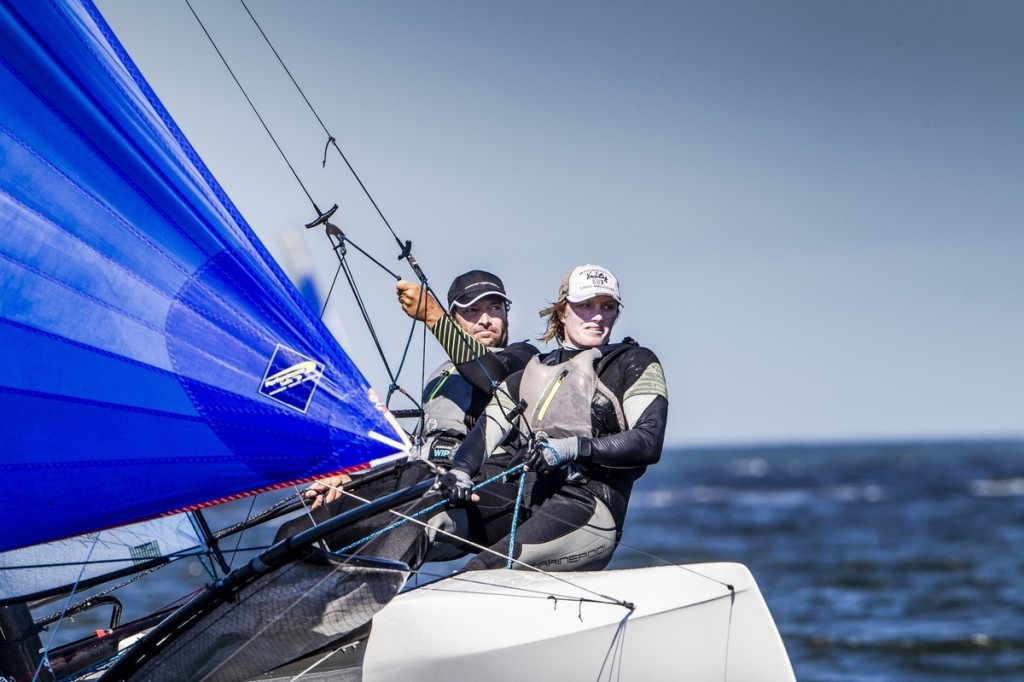 France’s Billy Besson and Marie Riou will be looking to showcase their Olympic credentials on home waters at the Sailing World Cup in Hyères, where action is due to begin tomorrow.

Having finished second in 2013 and 2014, the pair won the Nacra 17 title last year and will be looking to defend their crown.

Besson and Riou have emerged as their discipline’s dominant force in the Rio 2016 quadrennial, sailing faster than any of their rivals to claim four consecutive world titles.

Their 16th place at the Sailing World Cup in Miami in January, however, suggests victory in Hyères will not be a foregone conclusion.

Their strongest challenge is expected to come from Australia’s Jason Waterhouse and Lisa Darmanin, who beat the French duo to first place at last year’s Olympic test event in Rio de Janeiro.

Success for cousins Waterhouse and Darmanin confirmed their Olympic status and they will be competing in Hyères without the pressure of internal qualification.

Also in the hunt for medals will be Italy’s Vittorio Bissaro and Silvia Siciouri, winners in Hyères in 2014, as well as Argentina’s Santiago Lange and Cecilia Carranza Saroli, New Zealand’s Gemma Jones and Jason Saunders, and The Netherlands’ Mandy Mulder and Coen de Koning, the victors in Miami.

In the women's RS:X, France's Charline Picon is a resounding favourite for top honours having picked up two Olympic test event gold medals, as well as 2014 world and European titles.

Picon’s compatriot Pierre Le Coq picked up gold in the men's RS:X last year and will be joined by a stellar cast of racers once again, including 2016 world champion Piotr Myszka of Poland.

Australia’s Tom Burton and Belgium’s Evi Van Acker will spearhead their respective laser and laser radial fleets as they look to defend their titles.

In the Finn, London 2012 bronze medallist Jonathan Lobert of France will make his first regatta appearance of the year.

He signed off 2015 with silver at the Finn Gold Cup in Takapuna in New Zealand and he will be joined by London 2012 silver medallist Jonas Hogh Christensen of Denmark and Trofeo Princesa Sofia winner Josh Junior of New Zealand.

Competition is scheduled to commence tomorrow with four days of fleet racing culminating in the medal races on Sunday (May 1).

The first of eight races in the 2.4 Norlin OD and sonar fleets is due to take place tomorrow with the last scheduled for Saturday (April 30).

Canada's Paul Tingley, Logan Campbell and Scott Lutes come into the sonar event off the back of an impressive victory at the Sailing World Cup in Miami.

The victory was considered a breakthrough performance for Tingley, a Beijing 2008 2.4mR gold medallist, as it was his first in the Rio 2016 quadrennial.