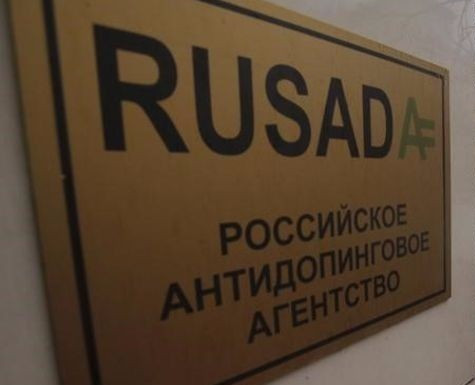 Australia’s Peter Nicholson, a former war crimes investigator, along with Ieva Lukosiute-Stanikuniene, the director of the Lithuanian Anti-Doping Agency, will be tasked with helping to rebuild trust in RUSADA.

Nicholson will take on the project for a two-year period and has already begun his work as the body bids to regain its compliance with WADA.

Stanikuniene is due to begin her mandate on May 25 next year, according to WADA.

The pair will be required to give regular progress updates concerning RUSADA’s efforts to WADA, led by Britain's Sir Craig Reedie, and must ensure the process is carried out independently, a crucial recommendation of the WADA Independent Commission.

Sergey Khrychkov, a member of the Council of Europe, has also been appointed to join the newly-formed RUSADA Board.

“Engaging Peter Nicholson and Ieva Lukosiute-Stanikuniene is a critical step on the road to recovery for the RUSADA,” Sir Craig said.

“WADA is pleased that they have accepted the challenge of helping rebuild the agency.

“Appointing the experts was a central part of the agreed 'road map', and it is a vital step forward in ensuring that athlete and public trust returns to the Russian anti-doping system and Russian sport.”

WADA also confirmed the testing of Russian athletes by UK Anti-Doping is ongoing after they signed a co-operation agreement with RUSADA and UK Anti-Doping (UKAD).

UKAD has initiated a test distribution plan, aimed at making sure sufficient testing is in place in Russia during RUSADA’s current period of non-compliance, as part of the agreement.

RUSADA was declared non-compliant with the WADA code in November following the publication of the first WADA Independent Commission report, which alleged the presence of state-supported doping in the country.

The report also lled to the suspension of the All-Russia Athletic Federation, putting in jeopardy their participation at this year's Olympic Games in Rio de Janeiro.

The organisation have recently been forced to relax sanctions on several athletes, including former world track cycling champion Anastasia Chulkova, and track and field athletes Nadezhda Kotlyarova, Gulshat Fazletdinova, Andrey Minzhulin and Olga Vovk, due to the confusion surrounding meldonium.

WADA were forced to issue a statement of clarification about meldonium.

They admitted that limited data exists on how long the substance remains in the body.