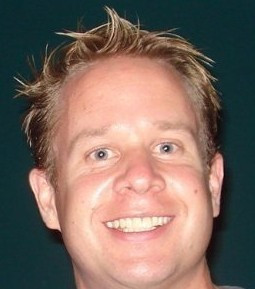 The 39-year-old Dutchman will begin leading the IKF's operations from June 1, with his arrival following the launch of a "growth strategy" by the world governing body.

it was decided at the IKF's general meeting last November to begin the recruitment process for a chief executive and La Haye, a former professional korfball coach, has been given the nod.

He has degrees in physical education and organisation and management and has also worked as a sports teacher.

In addition he has been a project manager for major elite and grassroots sports events in the Netherlands, Spain, and Colombia.

He joins the IKF from the City of The Hague, where he worked as a senior consultant in the Department of Sports.

"In the last 10 years I have been involved in different levels of korfball development and performance," said La Haye.

"Everywhere I came, from Asia to South America and Europe, I was surprised by the enormous passion that people have for korfball.

"This passion, and the great potential I see in korfball to grow, are the main reasons I take on this challenge.

La Haye added: "I specially look forward to work together with all 67 National Federations of the IKF to help to develop korfball to a stronger and more professional sport with the Olympic Games as a final destination.”

"He will have a key responsibility in enhancing the professionalism in the support processes in our office to increase the quality of service to the IKF volunteers and the national korfball associations, and ensuring the realisation of our strategic initiatives," he said.

"These include the rapid growth of korfball with a major event or event series on the beach or on hard court, and the initiation of a management development program for our national organisations.

"His enthusiasm, energy, and experience will be a major driving force for the growth of korfball."