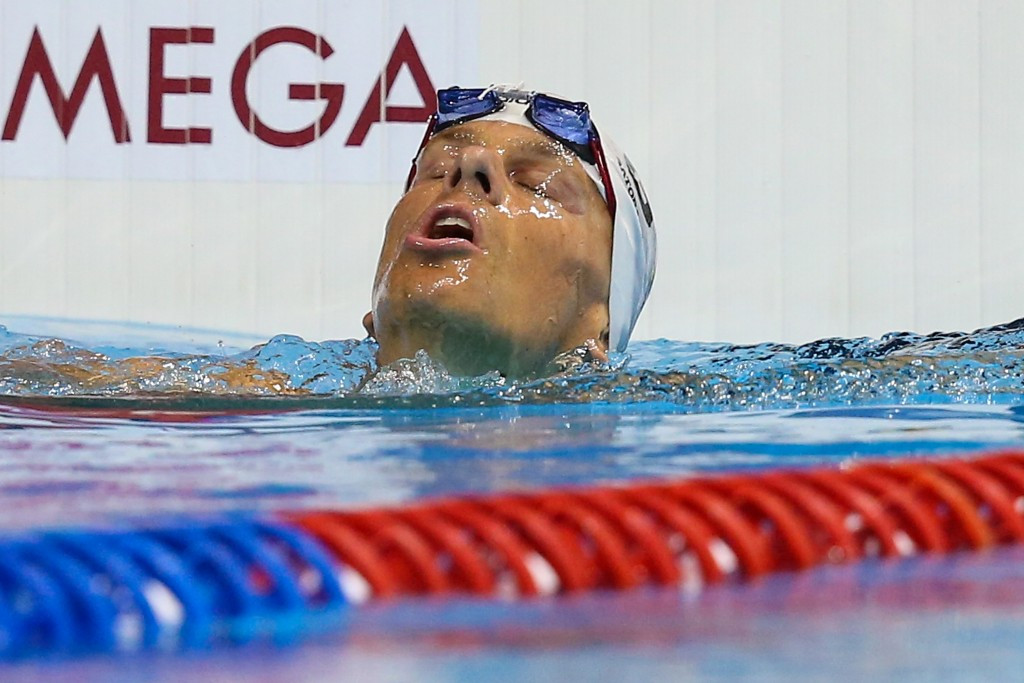 World record holder Cesar Cielo missed the chance to qualify for Brazil’s Olympic team after coming third in the men’s freestyle 50 metres on the final day of action at the Rio 2016 swimming test event.

Cielo clocked a time of 21.91sec to finish behind compatriots Bruno Fratus and Italo Duarte, who posted 21.74 and 21.82 respectively to claim the Olympic places.

The race was Cielo’s final chance at making an individual event in his home Olympics.

He dropped out of the Brazil Open in December and pulled out of the men’s 100m freestyle final earlier this week having come sixth in the preliminaries.

Etiene Medeiros, who tied the Olympic qualifying time at the Brazil Open, secured a spot in the women’s 50m freestyle after setting an unrivalled time of 24.64 in this event at the Olympic Aquatics Stadium.

Graciele Herrmann claimed a spot on the team, despite finishing third behind Lorrane Cristina.

The top two pushed each other hard with both sneaking under the FINA A-standard of 15:14.77 to qualify for the Brazilian Olympic team.

There were also wins today for Brazil’s Viviane Jungblut, who took the women’s 800m freestyle with a time of 8:40.71, and compatriot Vinicius Lanza, winner of the men’s 100m butterfly crown in 52.75.

Argentina’s Santiago Grassi and Brazil's Thiago Pereira posted the same time of 52.77 in the men’s 100m butterfly to finish joint-second.

Also taking top honours was Natalia de Luccas after she came out on top in the women’s 200m backstroke with a time of 2:13.91 - more than three seconds outside the Olympic qualifying time.

The test event doubled as the Brazilian National Championships.