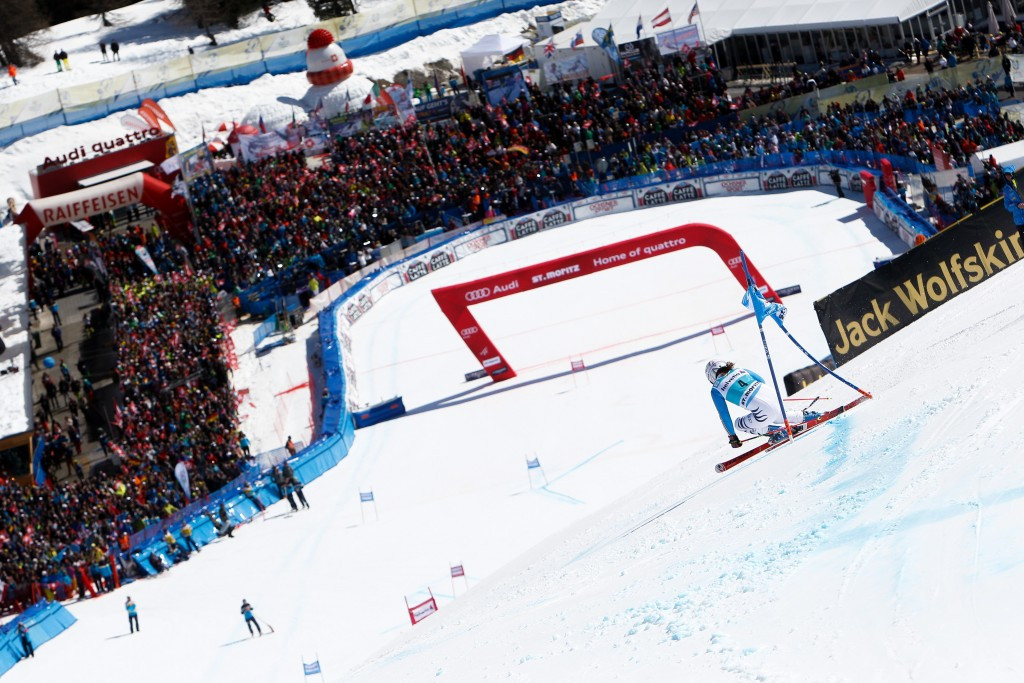 Revitalising Switzerland’s winter sports industry is a key motivator for the Swiss Olympic Association (SOV) pursuing a bid for the 2026 Winter Olympic Games, it was revealed here today, in a briefing for potential candidate cities and regions.

The meeting, led by SOV President Jörg Schild and project manager Judith Bongard, was held after an SOV plan to proceed with a bid for the Games was given the green light by 85 Member Federations of the country's Sport Parliament last month.

Schild told interested cities that a project would need to both be beneficial for the whole of Switzerland, as well as standing a chance to win the final International Olympic Committee (IOC) vote in 2019, to be selected.

“We are convinced that staging the Olympic Winter Games in Switzerland will be the perfect project to create the needed energy for a sustained process of bringing new life not only to Swiss winter sports Federations and clubs, but to the winter sports regions and the wider winter sport industry.”

Hosting the Games has been viewed as an opportunity to spark more winter sport tourism in Switzerland, in particular from both South Korea and China.

It is hoped the country can take advantage of the “millions of potential tourists” who may be inspired to take up winter sport following the countries hosting the Winter Olympics in 2018 and 2022 in Pyeongchang and Beijing respectively.

The SOV have expressed their intention to have a project which would see the entire operational budget of the Games covered by private costs, with one third covered by the contribution from the IOC's commercial programme.

National sponsorship programmes, coupled with ticket sales and merchandise, would make up the remaining cost to leave no additional operating budget for the public sector.

To be considered for selection, candidate cities will need to fulfill five "framework criteria" drawn up by the SOV – politics, sport, environment, business and tourism.

Projects will be required to have full Government support at local and regional level, present ideas on how to revitalise winter sport and must be able to show substantial support from businesses when they present their budget.

Interested parties will need to decide in the next month whether they will pursue a project, with those that do then due to take part in four workshops, with the last being held in October.

Representatives from the Lake Geneva region and Lucerne in central Switzerland were among those present today, with the former preparing to host the Lausanne 2020 Winter Youth Olympic Games and the latter the 2021 Winter Universiade.

Christian Constantin was one of the notable figures in attendance having previously presented a plan to the State Council of Valais to take the Games to Sion, while St Moritz and Davos, whose 2022 bid came to an end following a referendum in 2013, were also present at the briefing.

Due to their last bid being ended by the referendum, the SOV have stated that local ballots could take place during the national nomination process, with only candidates which provide positive results being considered in their final decision.

Site visits and evaluations will be conducted by a 2026 Task Force from July to August in 2017, which will then produce and make an evaluation report available to the public.

Experts from the five frameworks will also be included, while an advisory board will be set up to evaluate finance, environment, sustainability and sports infrastructure.

A decision on which project will be taken forward, based upon the criteria outlined, will then be made in the Sport Parliament in September 2017, although Schild has stated that a bid may not go ahead if the conditions are not met.

“If at the end of the national nomination process by September 2017, we have a project that complies with the criteria, we will put a bid forward,” said Schild.

“But based on the strong interest from several regions here in Switzerland, we are optimistic and confident about a positive outcome of the process we have now initiated.”

Switzerland last staged the Games in St Moritz in 1948.

Trento in Italy, Dresden in Germany, 2022 race runner-up Almaty in Kazakhstan, Sweden's capital Stockholm, Quebec City and Calgary in Canada, and the Japanese city of Sapporo have all been touted as potential bidders for 2026.

A plan to bring the Winter Olympics to Lake Placid for a third time was also launched in the United States in October.