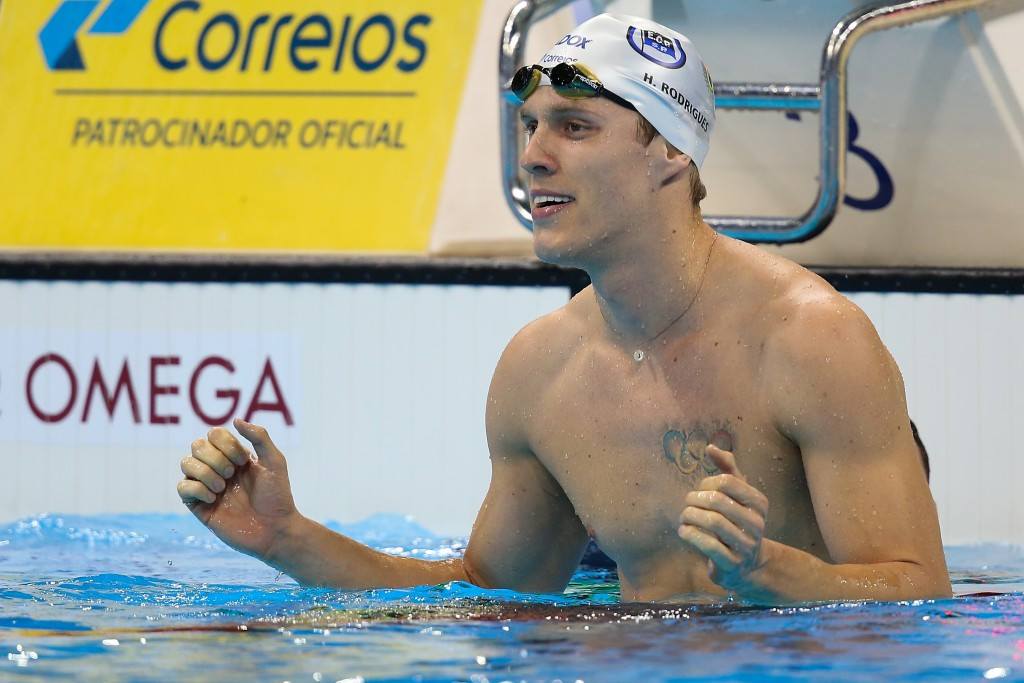 Henrique Rodrigues and Thiago Pereira secured their places at a home Olympics today after finishing joint-first in the men’s 200 metres individual medley at the Rio 2016 swimming test event.

The Brazilians both clocked a time of 1 min 57.91sec at the Olympic Aquatics Stadium as Japan’s Juran Mizohata came third in 2:01.64.

London 2012 silver medallist Pereira’s qualification was almost assured but, after opting out of the 400m individual medley, his spot was not certain until he registered the equal-best time.

There was further home success in the women’s 100m freestyle as Brazil’s Larissa Oliveira clocked a time of 54.03sec to finish ahead of compatriot Etiene Medeiros in 54.50.

The pair thus ensured their Olympic spots in the event and were joined by another Brazilian, Daynara de Paula, who came third in 55.22.

Leonardo de Deus officially earned an Olympic berth in the men’s 200m backstroke after leading a Brazilian podium sweep with a time of 1:57.57, followed by Guilherme Guido in 1:59.34 and then Fabio Santi in 2:00.21.

The one other title on the fifth day of action went the way of Argentina’s Julia Sebastian, who won the women’s 200m breaststroke in 2:28.12.

The test event is doubling as the Brazilian National Championships.