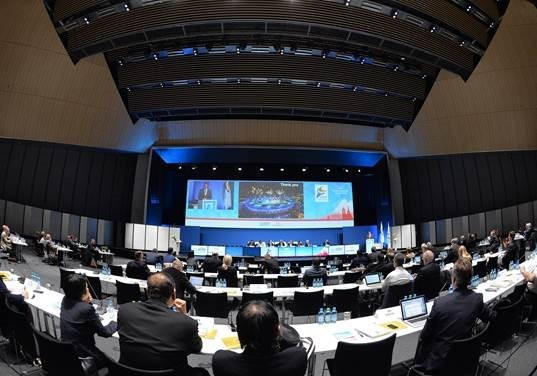 The 35 members of the Association of International Olympic Committee (IOC) Recognised Sports are set to have an increased presence at Rio 2016 and the preceding Session after being offered the chance to attend, insidethegames understands.

The IOC have offered accreditation to the Presidents of the sports who make up ARISF for the IOC Session in what represents a rare move, while heads of the respective governing bodies may also be accompanied by their secretary generals for the Olympic Games.

The development was confirmed at the ARISF General Assembly, held here as part of the SportAccord Convention, which was chaired by current President Raffaele Chiulli, a vice-president of SportAccord.

Chiulli admitted those at the meeting were "a little" concerned about the future direction of SportAccord but stressed the right steps had been taken this week.

"SportAccord should be the house of sport," the Italian told insidethegames here.

"I am confident that with the right steps it will be improved."

A number of key items were on the agenda during the Assembly, which was held either side of ARISF Council meetings, including increased cooperation with the IOC.

It will include the members of the ARISF being given a survey to gauge their views on doping in sport, including what they see as key problems, such as lack of financial assistance.

Concerns have also been prominent this year surrounding the widening gap between Olympic sports and their non-Olympic counterparts but Chiulli, President of the International Union of Powerboating, insisted the partnership between the ARISF and the IOC is the healthiest it has been in recent years.

"The cooperation with IOC is getting stronger and stronger, and the importance of ARISF's role in the process for the Olympic recognition of new sport disciplines has been acknowledged," he said.

"We are being given the most relevance we have had for some time and there is a clear message from the federations that we are taking steps forward."