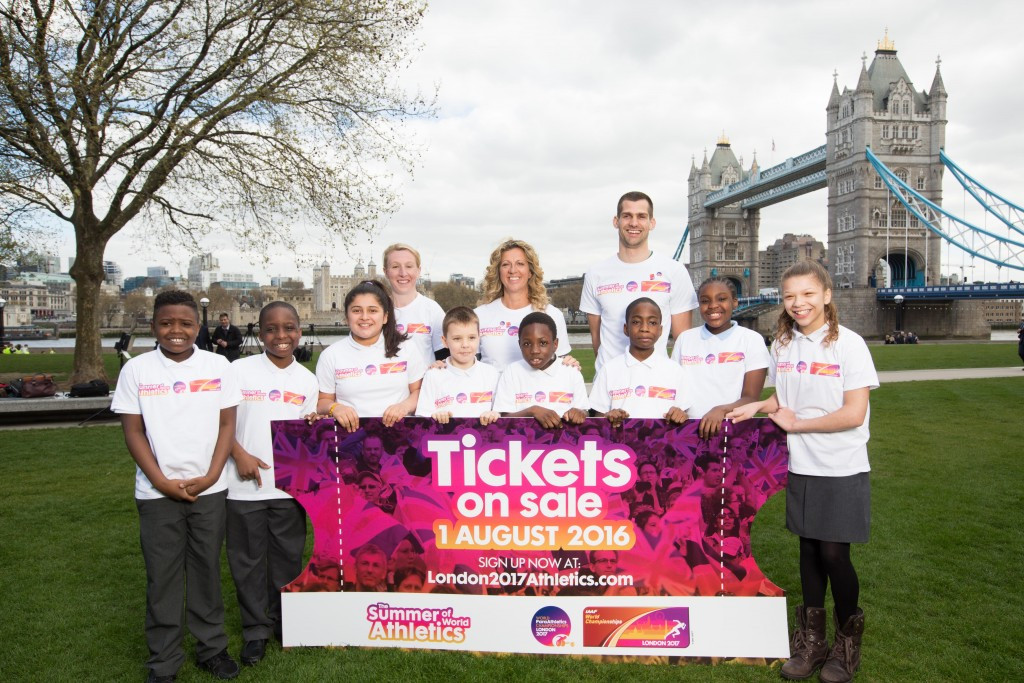 London 2017 chief executive Niels de Vos believes that the International Association of Athletics Federations (IAAF) World Championships in the British capital will be a success despite the turmoil currently enveloping the sport - and claims that nothing else on the Olympic programme can match track and field.

The event held its ticket launch here today but organisers face the difficult task of trying to raise excitement with athletics in its darkest hour.

Allegations of widespread drug-use have cast a shadow over preparations with global powerhouse Russia currently suspended by the IAAF and in danger of missing the Rio 2016 Olympics.

Other countries, including distant running superpower Kenya, have been implemented in the crisis.

Some fans may no longer have faith that the action they are witnessing is clean but de Vos believes that there is light at the end of the tunnel and does not think interest will wane ahead of the action at the London 2012 Olympic Stadium.

He reinforced his point with a pot-shot at the other sports on the Olympic programme, saying: "The Olympics is 26 sports but actually, it's athletics.

"If you’ve been to any of the other events, they’re great, but they are a bit of a tea party compared to athletics.

"We’ve got 205 countries, not eight countries.

"I think rightly athletics is seen as the Blue Riband sport of the Olympics and the Paralympics.

"For the vast majority of people athletics is the Olympics, and 2017 will feel very similar I’m sure.

"It’s the same stadium and the very best people in the world competing.

"It's about looking outwards not inwards - we’ve already sold 50,000 tickets for the Anniversary Games and we haven’t announced a single athlete who’s coming.

"It’s impossible to say with certainty, and that’s a shame," he added.

"I do think we’re through the worst of it.

"If we never find a cheat people would say 'they’re not looking hard enough'.

"I think 2017 will without doubt be the cleanest Championships ever, and we’ll look back and celebrate it in the right way."

Away from doping issues, London organisers have faced internal problems with Sally Bolton stepping down as managing director amid tension in the ranks last month.

Two other board members also stepped aside with reports alleging a power battle with London 2017 chair Ed Warner and de Vos.

It was thought that conflict of interest claims had arisen with Warner and de Vos also working at UK Athletics, as chairman and chief executive respectively.

Interests of UK Athletics were prioritised over those of London 2017, it was claimed, with Cherry Alexander coming in to replace Bolton.

She is the current head of UK Athletics' international and televised events but her roles will be looked after elsewhere for an interim basis.

There was a further blow when Baroness Tanni Grey-Thompson, an 11-time Paralympic gold medallist, resigned from the Board as she felt her role was "tokenistic".

Despite these setbacks, Alexander said the current team would give "110 per cent" to deliver a successful Championships.

"Athletics has gone through the mill," she said.

"But this is our sport, we love it.

"The people around us want it to be a success.

London will initially host the International Paralympic Committee (IPC) World Athletics Championships between July 14 and 23, before the IAAF extravaganza between August 4 and 13.

It will become the first city to host both back-to-back.

All tickets will be available via a ballot which will open on August 1 at 10am UK time and close on August 22 at 20.17pm to mark the year of the event.

The public can sign up for updates and ticket alerts here.