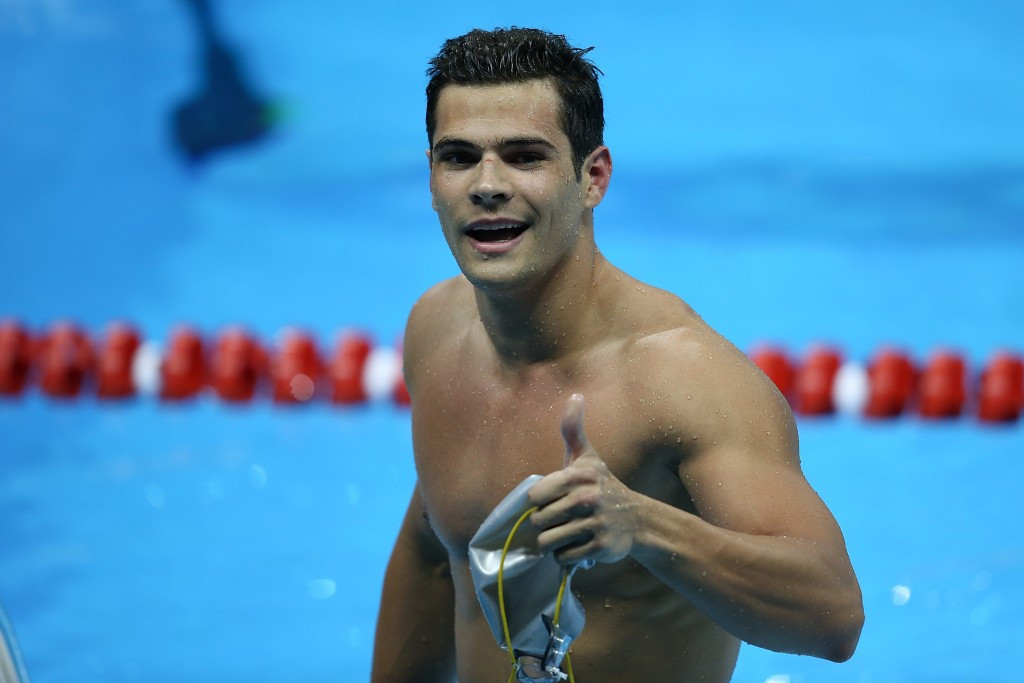 Brazil’s Marcelo Chierighini secured his place in the men’s 100 metres freestyle at the Rio 2016 Olympic Games after securing victory in the test event at the Olympic Aquatics Stadium.

The 25-year-old had qualified fastest from the morning’s heats to begin as the favourite for the gold medal at the test event, which is doubling as the Brazilian National Championships.

He proved able to cope with the pressure to clock a time of 48.23sec to win from his compatriot Nicolas Oliveira, who settled for second in 48.54.

After finishing in the top two positions and achieving the Games qualifying time, both swimmers claimed the two places on the Brazilian team for the event at Rio 2016.

Canada’s Santo Condorelli completed the top three in a time of 48.66, while Joao De Lucca and Matheus Santana earned 4x100m freestyle relay spots, with the Brazilians finishing in 48.59 and 48.71 respectively.

Thiago Pereira, who last year broke the all-time record for medals at the Pan American Games, had already secured his place in the men's 200 m individual medley but failed to qualify for the men's 200m breaststroke.

The 30-year-old claimed victory in the event in a time of 2min 11.86sec ahead of his team-mate Franca Felipe Silva, however it would not prove enough for the duo to earn one of two spots available.

Thiago Simon and Tales Cerdeira, despite finishing in third and fourth positions in the race in 2:12.63 and 2:12.72, had both already met the qualifying standard prior to the final, with Pereira unable to surpass their efforts.

The final event of the night saw Brazil’s Joanna Maranhao finish as the runner-up to China’s Shuang Li in the women’s 200m butterfly, with the winner touching home in 2:11.46.

Maranhao was only narrowly adrift of her rival in 2:11.75, with Argentina’s Virginia Bardach completing the podium after finishing the distance in a time of 2:12.08.